15 Things To Buy At Costco And 15 You Should Avoid

Known for offering low-cost products in bulk, Costco is a great place for those who want to scrimp and save. But it can be a complete money sink if you’re an indiscriminate shopper. Here is a list of 15 items you should buy and 15 you should avoid at Costco. Read on to save more bucks! When it comes to syrup, we have to recommend the store’s Kirkland Signature brand, which is one of the best maple syrups on the market. For not only is it organic and pure, but it’s also a great bargain. Consumer Reports found that in a comparison of 8 dark maple syrups, the Kirkland brand ranked high in the taste test and came with the cheapest price tag (it sells for as low as 32.5 cents per ounce). Some of you might question it: “Why not? The produce is just so cheap!” Well, it’s not because of quality but quantity. Unless you’re feeding an army every day, or stocking up for a banquet, buying lots of fresh fruits and vegetables from Costco is no better than purchasing compost. The quantities that perishable produce is sold in are too large for most households, and you’d be better off buying smaller packaged fresh foodstuffs at the supermarket instead. If you do want some bargain produce from Costco, head straight for the freeze aisle, where you can really save your pennies. There are a number of organic choices of frozen fruit, and you can take advantage of the large sealable bags to keep it fresh. At the same time, it’s priced much lower than at other grocery stores. You’re looking at only $4.95 for a large, 4-pound bag of frozen strawberries! Large packaged condiments and spices at Costco are probably not a good buy, unless you can figure out a good way to use up 32 ounces of ketchup or several cups of turmeric and oregano in a short period of time. Once they are opened and exposed to the air, it’s only a matter of time before their flavor fades. USDA (US Department of Agriculture) reported that ketchup has a shelf life of six months and mayonnaise just two, and ground spices tend to go stale after only six months. Costco’s seasoned rotisserie chicken is also a great bargain that’s not to be missed. Approximately a pound bigger than roasted chicken sold at other stores, it is actually cheaper – only at $4.99! If you’re pinching pennies, a combination of a premade salad and a roasted chicken can make a delicious dinner that costs under $10 for a family of four. Though big bundles of Kirkland paper towels or toilet paper can be a good deal, you’d better avoid buying them from Costco. According to Consumer Reports’ analysis, the Kirkland Signature versions came last in the rankings of the five most popular paper towel brands, and it was said to have just “so-so strength and tearing ease”. You probably have heard the warnings about how much of the extra virgin olive oil out there is fake, but it’s not the thing you need to worry about when it comes to the Costco’s own brand label. A report from UC Davis said that the Kirkland brand was the only imported olive oil sampled to meet the IOC (International Olive Council)/USDA standards. And such a high-quality product only costs $15.99 for a 2-liter bottle! What are you waiting for? Beware of designer label clothing on Costco’s shelves. Those clothing items are likely to be specifically made for sale in discount retailers, and chances are that the manufacturer cut corners for its Costco offering. If you’re really keen on the style, just buy it, but don’t expect brand-name quality or you’ll be disappointed. Buying fresh eggs at Costco has two benefits: one is the great price, and the other is the variety. There’s an amazing amount of choice when it comes to eggs, and you can get almost everything from conventional to free-range eggs at a much lower cost than at many other grocery stores – under $5 for five dozen eggs! When your baby is going through a gazillion diaper changes every day, bulk buying of diapers offered by Costco seems like a great idea. Nevertheless, with the frequent growth of your little one, you might end up finding yourself stuck with a bunch of diapers that are too small for your child. For cheese enthusiasts, Costco’s cheese alley can be a slice of paradise. Unlike other stores where the price tag is hefty, the wholesaler sells the dairy product for roughly 15 cents per ounce. You can usually get a pretty large chunk for well under $20, which can easily feed guests for three to four meals over the space of a couple of weeks. In spite of the “free and clear” label, the Kirkland Signature’s environmentally-friendly laundry detergent is not friendly at all. Some people have reported getting contact dermatitis after wearing clothes washed in the Costco-branded product and the Environmental Working Group has scored it an F due to concerns over cancer and skin allergies. Gas prices vary across the country, but it’s true that Costco offers a pretty good bargain, where prices at the pump are usually about 20% lower than at other gas stations. The Motley Fool has reported that if you drive a lot, and get gas more often than the average commuter, you can earn your Costco membership fee back just for the privilege of using Costco’s tanks. Buying coffee beans in bulk is indeed a good way to save some money, however, it can be a nightmare for coffee lovers. The best cup of coffee comes from beans roasted within weeks of being harvested. Therefore, if you’re unwilling to compromise on taste, you may as well forget about the dirt-cheap coffee from Costco. Consumer Reports commented that the Kirkland Signature bacon was “the only excellent product,” noting that “it crisped up nicely and consistently had balanced fat and meat flavors complemented by wood smoke and a hint of sweetness.” What’s more, it averages about $1.5 less per pound than other name-brand competitors. There’s no reason not to buy it. Costco’s Kirkland batteries might also be less expensive than other brands, but it turns out that they will cost you more in the long run. The user reviews on Consumer Reports show that the batteries have a huge problem with leakage and corrosion, which could destroy your devices. As one customer said in their review “Love Costco hate their batteries.” Purchasing prescription glasses at brick-and-mortar retailers or the offices of eye care professionals can be really pricey, especially when you’re in need of progressives or other special lenses. Shopping online can be a good solution, but it can be a problem to get the fit and the focus right. Well, you can always turn to Costco, which offers you not only the lowest price but also has a superior service for selecting, ordering, fitting and adjusting the glasses. If you’re still in love with paper books or DVDs for some reason, then avoid buying them at Costco, even though it’s a good place to score deals on certain products. You can actually get a deeper discount and save more on online sites like Amazon, which even offer a shipping service directly to your front door. The last thing we’d like to recommend you is the gift cards from Costco, where it sells a dazzling array of them and gives a discount on the face value. With so many great-quality Costco products at a great value, it’s a perfect way to treat yourself or give them as a present. Baking ingredients, like flour, baking powder, and dry yeast, have a quite limited shelf life of only a few months. Unless you’re running a professional bakery, there’s basically no chance to use them in the large quantities sold at Costco before their expiry date. To bake as flavorful and fresh pastries as possible, stick to small packs of baking ingredients. 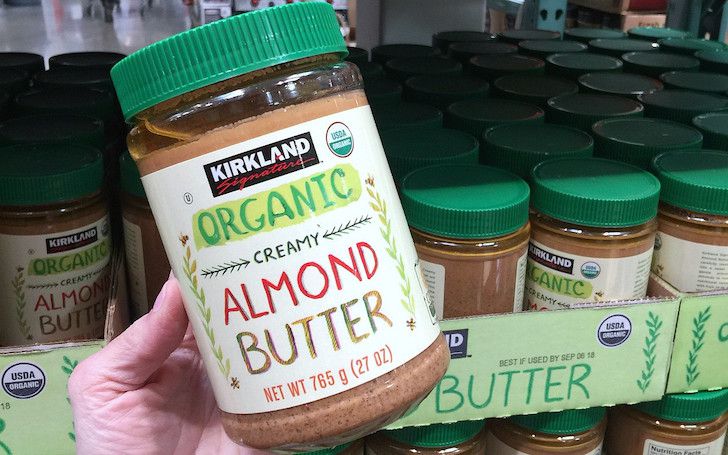 Almond butter can be a pretty healthy source of protein, which is better than peanut butter but also more expensive. Thanks to Costco, it’s now not only better for your health but your wallet. Costco sells their 27-ounce almond jar at only $8, making it much cheaper than what you can find elsewhere. 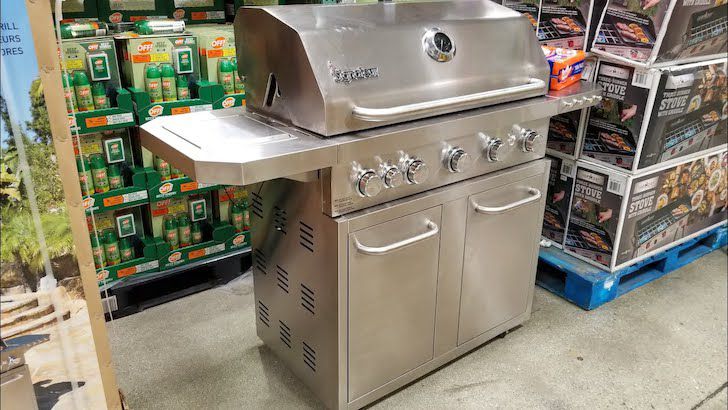 Even though the signature brand gas grill offered by Costco costs only half the price of a Weber grill, we still do not recommend it to you. Lots of buyers have left some bad reviews on Reddit for it, because of its short-life construction and lack of replacement parts. And the view that the grill simply does not provide enough heat was repeated too. 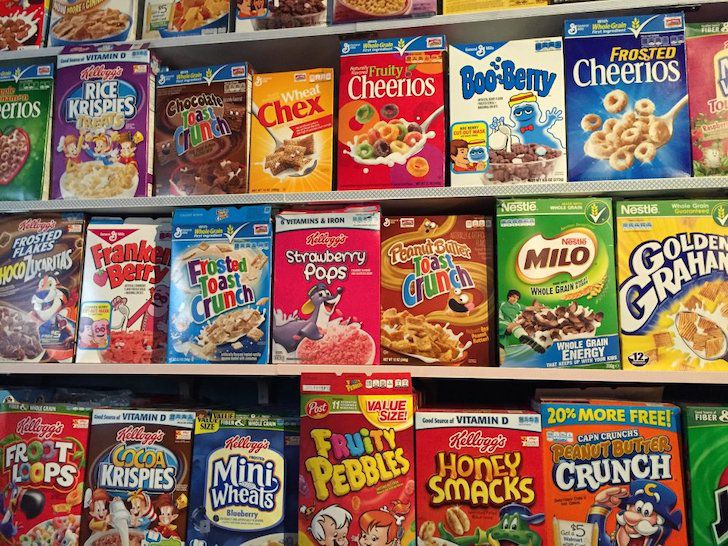 The wide variety and incredible low price can be excellent reasons to buy Costco’s breakfast cereals for everyone who wants to have some grains in the morning. Although you need more space to store these large packs, better prices than in other grocery stores make it worth it. 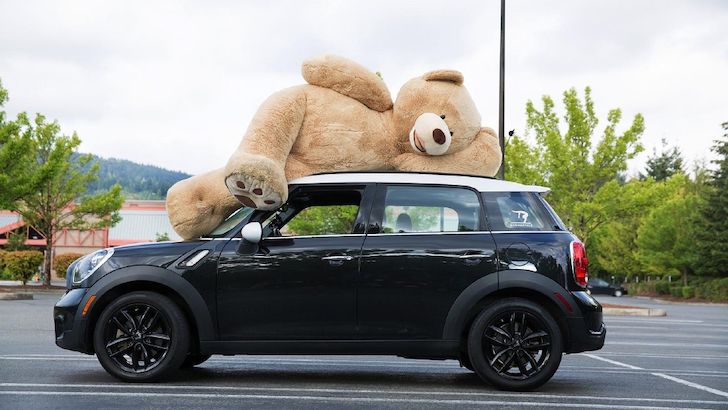 Well, fluffy stuffed animals can be extremely adorable and cute, especially the giant plush bear offered by Costco. Nevertheless, there’s one thing for you to be aware of before buying it. Make sure your trunk is big enough to hold it. Otherwise, you can only carry your furry friend home by letting him ride on top of your car, which can be very embarrassing and unsafe. 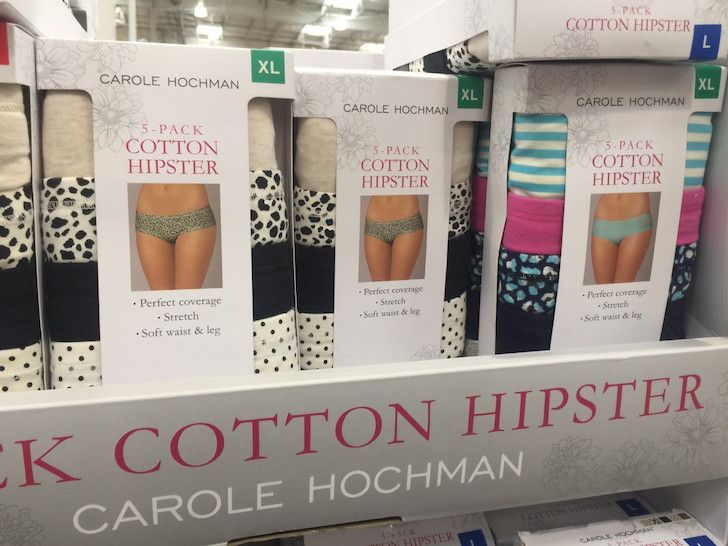 If you’re one of those who’re fed up with expensive underwear of poor quality, Costco’s products might be what you need. The reviews on its website are mainly five stars, which shows that most consumers are quite satisfied with the comfort and prices of Costco’s selection of underwear and undershirts. 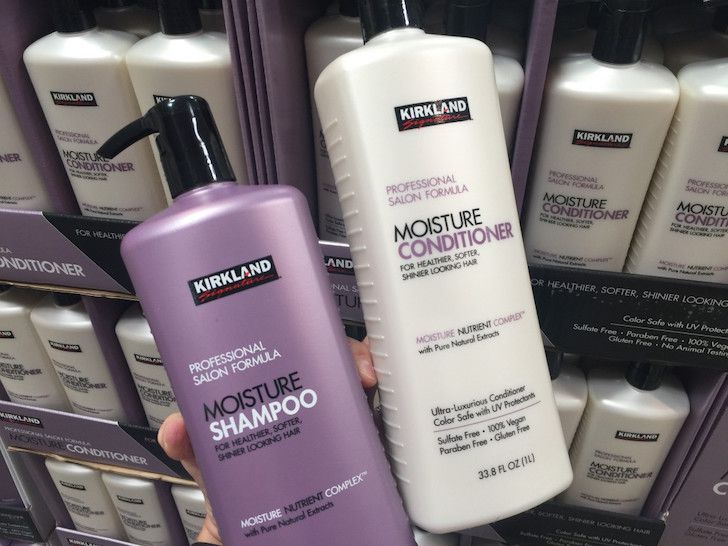 As long as you take a look at any Sunday paper, you’ll find some coupons for name-brand shampoos for a price that you would never find at the bulk retailer. Costco is never an ideal place to purchase brands like Pantene and Herbal Essences. However, its Kirkland Signature products are still worth to buy. 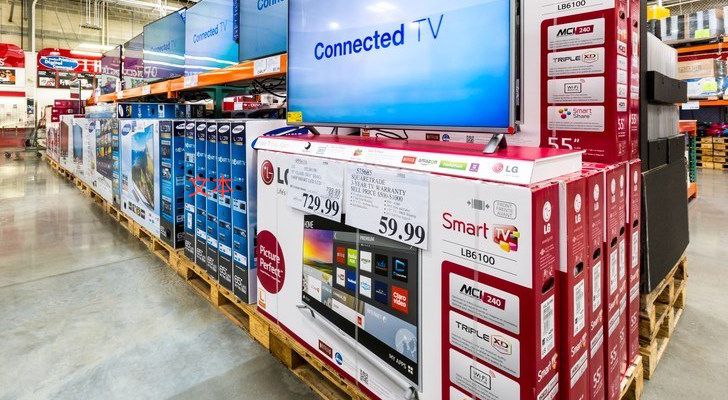 Are you looking for a new TV? If the answer is yes, we highly recommend you to have a look at Costco’s electronics department. Buying a television at Costco means that not only do you get a good price, but your purchase also comes with an extended two-year warranty. Therefore, Credit Donkey rated Costco as tops on price and warranty, even over Best Buy and Amazon. 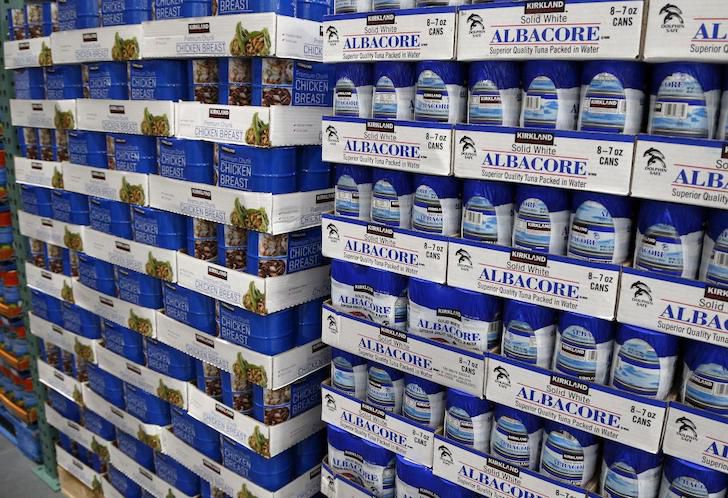 If you’re looking for the best deals on canned goods, Costco is never the right place for you. Instead, local supermarkets will offer the same canned products with a better price than the warehouse store, and the savings can be even up to 40 percent less than you’d pay at Costco. 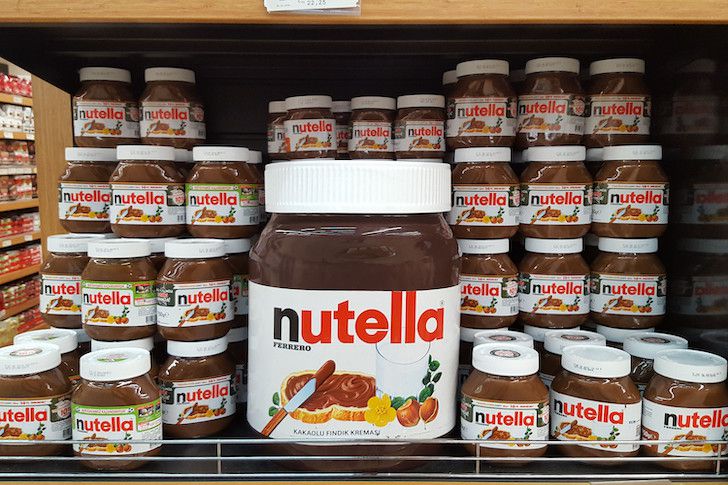 If you’re a big fan of Nutella, not only should you know how delicious it is, but you also know that your out-of-hand Nutella habit will lead to a real quick financial struggle. Lucky for you, Costco has the solution. It only costs you $0.18 per ounce at Costco, which is 25% cheaper than any other store. 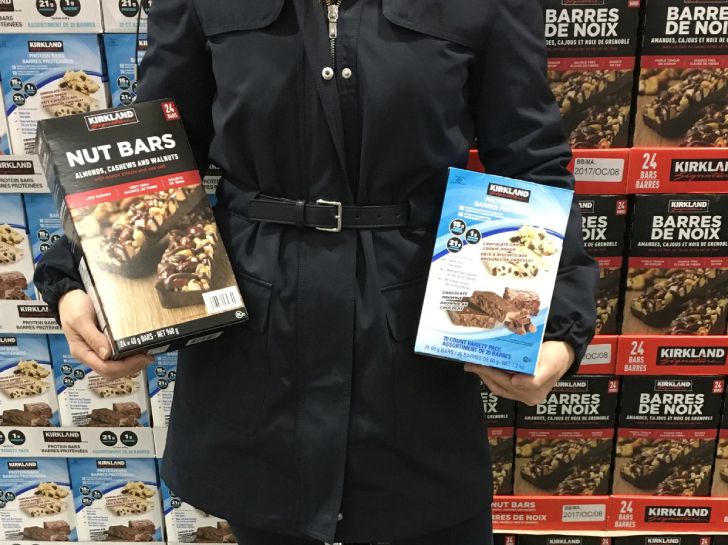 Never buy Costco’s signature brand protein bars if you don’t even know what they taste like. Otherwise, you might regret immediately why you buy 40 of them with unpleasant tastes at once. Besides the inconvenience due to the large pack, Costco doesn’t even offer a good deal – Amazon sells Pure Protein Bars in bulk at %0.9 per bar while Costco sells their products for about $1 per bar!