Marriages and divorces are happening so quickly in the dizzying world of Hollywood as the temptations are excessive, making the longest celeb relationships precious. After seeing an abundance of breakups, it is necessary to look through these heartwarming marriages that last a long time, and they may convince you that love truly exists. Famous actor, Jerry Stiller & Anne Meara have been married for a long time. They married in 1954 and were in a tight relationship until Meara died on May 23, 2015. Their 61-year marriage makes people green with envy. Kevin and Kyra got married in 1988 and are still very much together. Their marriage has lasted for about 30 years. One of the secrets to their stable relationship is a harmonious sex life according to their interviews. Of course, the most important factor should be a specific affinity for each other. Paul Newman and Joanne Woodward are one of Hollywood’s golden couples, and their marriage lasted 50 years. They kept things hot even in their 80s. Whatever in old, black-and-white photos, their love is as visible as if they were standing right in front of you. Newman died in 2008; and since then Joanne has stayed out of the spotlight. Actor Hume Cronyn and Jessica Tandy got married in 1942. They were living happily together for about 50 years until Tandy’s death in 1994. Before that they starred in many films, a short-lived radio series, plus theatre plays together. Michael J Fox and Tracy Pollan got married in 1988 and are still very much together. Their marriage has lasted for about 30 years. Although Fox was struggling with Parkinson’s disease in 1991 and developed a drink problem, Pollan didn’t leave his side. Now, the couple is actively spreading awareness about this disease all over the world. Mel Brooks, the famous filmmaker, and Anne Bancroft, best known for playing the cougar in the movie, The Graduate, met in 1961 and found they complemented each other perfectly. They got married in 1964 and were very much together till Anne’s death in 2005. Brooks thought that mutual understanding was essential for any successful marriage. James Garner and Lois Clarke fell in love at first sight, and they only dated for 14 days before they decided to tie the knot in 1956. Though Garner’s family was against the marriage at the beginning, He firmly insists on being with Clarke. Their marriage ultimately spanned 57 years until Garner’s death in 2014. Garner said a good relationship works against all odds. Tom Hanks and Rita Wilson both had hurt from their previous relationships but found love in each other’s arms. They first met during the filming of Bosom Buddies in 1981 and got married in 1988. This enduring love has lasted for about 30 years and continued to jaded hearts in Hollywood and beyond. George Burns and Gracie Allen, are one of the most loving couples ever. They were a successful comedy team and performed many comedy acts together, most famous for their hit comedy special, The Burns And Allen Show broadcast on the radio in 1950. They got married in 1926 and remained so until Allen’s death in 1964 with Burns passing away 32 years later. Julia Louis Dreyfus and Brad Hall met when they were in college. They got married in 1987 and have a strong bond until today. Julia announced her breast cancer diagnosis in 2017 and showed her great appreciation for the support of her loving family. Meryl Streep, one of the best Hollywood’s best actresses, married Don Gummer in 1978. Today, they are still going strong, supporting each other in their careers, and with their four children. Jerry and Jessica Seinfeld met at the gym and got married in 1999. They maintain a love life much more stable than most relationships and continue to buck the Hollywood trend of rocky romances.

Mark Harmon and Pam Dawber were one of TV’s hottest “it” couples in the ‘80s. They got married in 1978 and worked very hard to honor their commitment towards each other in their 30-year marriage. Johnny Cash and June Carter were one of the most legendary couples in country music history. They got married 50 years ago in 1968. They remained married for 35 years until June’s death in May 2003. Legendary actor Christopher Walken, married Georgianne in 1969. They are very much still together today in spite of having no kids. Famous in the media industry of Us, Regis married Joy Philbin in 1970 and are still very much together. They’re known to be one of the most loving couples around.

Supermodel Patti Hansen married riotous Rolling Stone Keith Richards in 1983. They are still around and still in love even after thirty-five years have passed. “I guess we’ve beaten what takes out most people,” said Hansen. The acting couple, Danny Devito and Rhea Perlman got together in 1971 and married in 1982. They have been together for more than forty years and still love each other as they did when they first met. Sissy Spacek met Jack Fisk at the beginning of her acting career when they were both in their twenties on the set of Badlands in 1972. Soon after meeting, the two were attracted to each other, and they married in 1974. They didn’t expect a lifelong relationship then, but have now been together for more forty years. The famous American actors and directors, Ron Howard, married Cheryl Howard in 1975 and they have been together ever since. They are now one of the power couples of Hollywood. 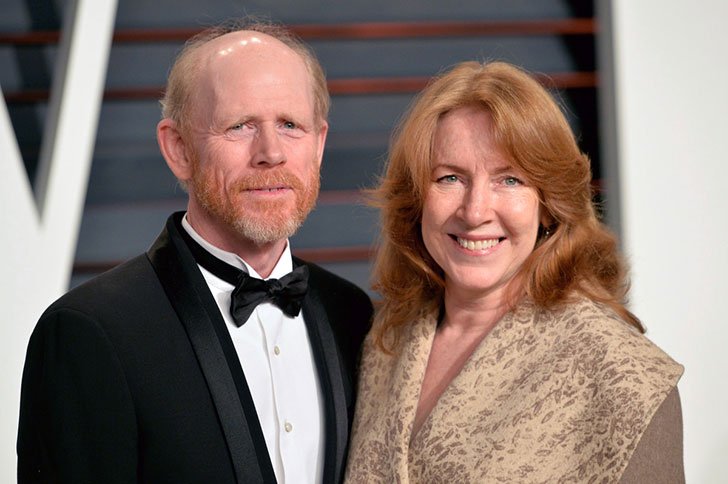