20 Of The World’s Most Beautiful Female News Anchors

Many female news anchors are entertaining and engaging, with beautiful faces to match. We have rounded up a list of 20 of the world’s most beautiful news anchors on TV. Melissa Theuriau is a French journalist and news anchor for French TV channel M6. She has been honored as one of the world’s most beautiful anchors by the UK’s Daily Express newspaper. Britt McHenry is appropriate as an ESPN news anchor, given that she has a look that most people are going to associate with a professional cheerleader. Courtney Friel is an American anchor for KTLA-TV, California. She once covered entertainment for KTTV/Fox 11 in Los Angeles and other local stations. She gained popularity when she posed for FHM and Maxim. Robin Meade is a leading news anchor for HLN’s morning show “Morning Express”. She began her anchor career with local stations in Ohio. She joined HLN in 2001. Susan Li is a Hong Kong-based news anchor for Bloomberg Television. She joined Bloomberg in 2006 and gained fame for her own show “First Up with Susan Li,” which is a program reporting on market openings across Asia and top news from around the world. Julie Banderas began her broadcasting career from the news section in Cambridge, Massachusetts. She currently serves as a co-host of “FOX & Friends First.” Maria Quiban studied journalism at the University of Hawaii and became a weather anchor for KTTV-TV in California. Jenna Lee is an American anchor and journalist on the Fox News Channel, where she co-hosts the program “Happening” with Jon Scott. Brooke Baldwin currently serves as the anchor of CNN Newsroom at the network’s world headquarters in Atlanta. Sian Welby is a British television anchor known for her work with Channel 5, Channel 4 and ITV. She became famous for her comedy weather forecasts which attracted millions of viewers. Sharon Tay is counted as one of the hottest American journalists. She once hosted two programs on the MSNBC network. Sharon has won an Emmy Award five times and is also one of the more respected women from Asia since very few Asian women have reached Sharon’s level. Maria Menounos is an American journalist, actress and television host. Her beautiful looks have landed her on some infamous lists including FHM’s “100 Sexiest Women in the World,” and People’s “50 Most Beautiful.” Jackie Guerrido is a journalist and weather forecaster from South America. She has also made some appearances in the United States. Erin Andrews is an American journalist and sportscaster. Now she serves as the host of “Fox College Football” for Fox Sports. Besides, she is also the host of “Dancing with the Stars” for ABC. Molly Rosenblatt graduated with a Journalism degree from the University of Minnesota. She is unquestionably one of the sexiest reporters. Now she is working as a Meteorologist and Traffic Anchor at WOFL Fox 35. Kelly Ripa began her broadcasting career at KRTV in Montana. She went on to KTSM in El Paso hosting the weekend weather and reporting. Laurie Dhue is an American Television journalist and the founder of Laurie Dhue Media. She now serves as the anchor of episodes of the TheBlaze’s investigative journalism news magazine “For The Record”. Kiran Chetry was a former American television broadcast journalist before she joined CNN’s American Morning as a cable news anchor. Anna Gilligan is a reporter for “Good Day New York” in NYC. She is also a host at “MeetTheBoss”. Krystal Ball is an American businesswoman. Previously she was a co-host on the MSNBC’s afternoon news show “The Cycle”. She also hosted her own show “Krystal Clear” on MSNBC’s digital platform Shift. 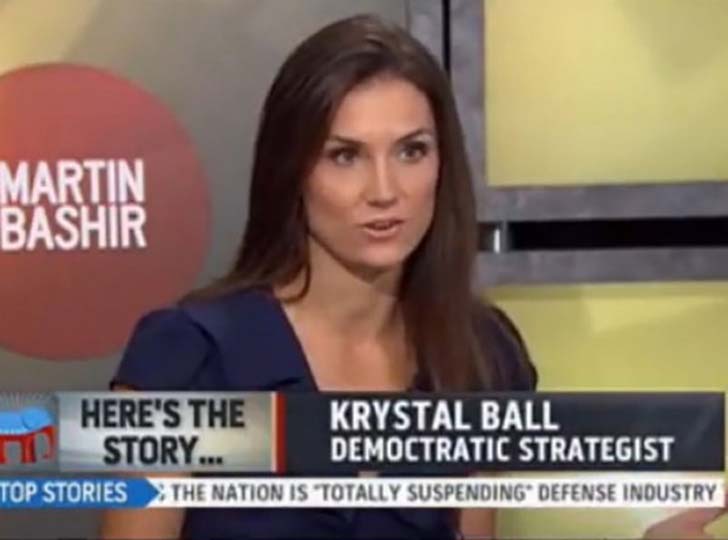