21 Astonishing But Little-Known Facts About Bewitched Montgomery’s nose wiggle was actually a camera trick. Montgomery never moved her nose. But to make her nose appear to be moving, she had to move her upper lip. The creator of Bewitched, Sol Saks, said he modeled the script for the pilot episode after the films I Married a Witch and Bell, Book and Candle. Elizabeth Montgomery must have put an anti-aging spell on herself. How else could you explain her looking so good well into her golden years? Due to chronic back pains, Dick York, who played Darrin, had to leave the show during a live taping and subsequently never returned. Dick Sargent came on board and continued where York left off. In the series, the change was never addressed, leaving fans scratching their heads. The act of switching out actors without explanation like this became known as “The Darrin Syndrome.” Elizabeth Montgomery was pregnant three times! Her first child was born in 1964, and the next two were written into the script and added to the Stephens family in the form of Tabitha and Adam. It might surprise you that the role of Samantha and Darrin’s daughter Tabitha was played by five different young actresses, including three different sets of twins. The twins included Heidi and Laura Gentry, Tamar and Julie Young, and Diane Murphy and Erin Murphy. Erin Murphy captured our hearts as a child star on Bewitched. After Bewitched, Murphy guest-starred on shows such as Lassie and modeled for Hang Ten swimwear. In recent years, she has worked as a makeup artist, casting director, fashion stylist, acting teacher and most important of all, as an outspoken advocate for Autism awareness. #9: Magic Behind The Scenes

Since there was no CGI in the 1960s, everything had to be manually done on set. Stagehands worked hard to produce Samantha’s “magic.” If she wanted to tidy up the living room, Elizabeth Montgomery would have to stand in one place without moving a muscle, and waited until stagehands finished cleaning up and the director yelled “Action.” #10: The Truth Behind Their Costumes

Did you know that the supporting actors brought their own clothes into the studio a week before filming? The wardrobe department simply cleaned and pressed them. Agnes Moorehead often wore a starburst brooch that was set with 8.5 karats of old-mine diamonds. She knew that Elizabeth Montgomery really loved the brooch, so she left it to Montgomery in her will. In one episode Endora revealed herself to be around 5,500 years old! She casually stated that she had dated “Otzie the Ice Man,” who lived about 3500 BC. It’s hard to forget the oddball but lovable character of Aunt Clara, who was played by Marion Lorne. Aunt Clara’s obsession with doorknobs was based on Marion Lorne’s real-life fascination with them. The actress had an extensive collection of doorknobs and used some of her own as props on the show. #14: “Sisters at Heart” Episode Ahead of Its Time

The story idea for “Sisters at Heart” was very special because it was created by 22 African-American 10th graders at Jefferson High School.

In the episode, Tabitha put a spell on her friend Lisa and her to each have spots of the other’s skin color so they could be “real sisters.” The story told us that we are all family, no matter what our skin color is. #15. The Real Reason Behind the Cancellation of the Show Herbie J. Pilato, author of “Twitch Upon A Star,” told Fox News, “It wasn’t canceled because of low ratings. Bewitched was actually renewed for Seasons 9 and 10, but [Montgomery] wanted out. It was at this same time that her marriage to Asher (who directed the show) began to unravel. The sitcom came to an end in 1972 and the couple divorced a year after.”

The pesky neighbor Gladys Kravitz was first played by actress Alice Pearce. Later Sandra Gould replaced Pearce. No explanation was given in the series. The creator of the series, Sol Saks, originally wanted Tammy Grimes to play his lead witch called Cassandra. Grimes, however, turned down the offer. In the end, Sol Saks went with Elizabeth Montgomery for this series and changed the name of his lead character from Cassandra to Samantha. Remember how much Endora hated Darrin? However, funnily enough, the two were close friends off-camera. #20: Elizabeth Montgomery’s Obituary Is So Wrong

At the time of her death, her age was published as 57. Well, her actual age should’ve been 62. Many obituaries listed her as single but she had in fact married four times. A movie remake of the series, starring Nicole Kidman and Will Ferrell, came out in 2005 with disappointing results. Kidman and Ferrell won a Golden Raspberry Award for Worst Screen Couple. 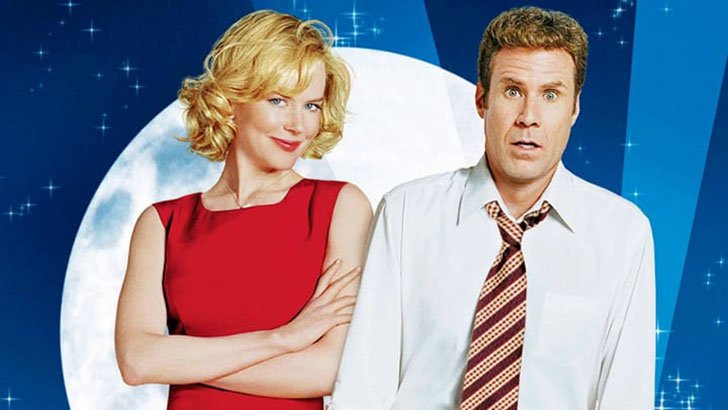