21 Celebrity Children Now And Then

When the stars showed off their children to the public for the first time, some of the little ones were just learning words, and some were still babies. In an instant, they’ve already had their career and family. Let’s take a look at these 21 wonderfully grownup celebrities’ offspring. American writer and actor Chaz Bono is the only child of Cher and Sonny Bono and is known for regularly appearing on his parents’ shows. First he came out as a lesbian, before completing a 2-year gender transition in mid-2010. He’s now changed his name from Chastity to Chaz. As the son of the legendary basketball player, Magic Johnson, EJ was fully expected to follow in his father’s footsteps. However, he chose an entirely different path. After coming out, EJ focused on the fashion world and is now an E! News personality, covering multiple fashion shows. Francesca Eastwood has inherited her irresistible beauty from her renowned father, Clint Eastwood. She was in the whirlpool of public opinion when she first appeared on Mrs. Eastwood and Company. Now 27-year-old Francesca works as an actress, starring in various movies. Hannah Selleck, the daughter of actor Tom Sellek, discovered her love of horse riding at a very young age. Over the years, she has received rigorous training and participated in various competitions. At 32, she is a showjumper and the founder of Descanso Farm, responsible for horse breeding and training. Canadian model Gabriel Aubry and award-winning actress Halle Berry had a daughter in 2008. Although the power couple divorced when Nahla was 2, they weren’t absent from her upbringing. Now, 12-year-old Nahla shares precious moments with them both. Jennifer Grant is the only child of Hollywood leading man Cary Grant. Jennifer was close to her father, and to appease him, she stayed away from acting whilst Cary was alive. In 1993, she played her first role in Beverly Hills and has continued her career as an actress ever since. Kylie Jenner was just 10 years old when she first appeared on “Keeping Up With the Kardashians,” and now she’s already a mom. Launching Kylie Cosmetics in 2015 and becoming a billionaire in 2019, Kylie is only turning 24 in 2021. Daughter of Wheel of Fortune host Pat Sajak, Maggie Sajak was born in 1995. At the age of 16, Maggie released her first single. She is now a country music singer and a student at Princeton University.

9. Jaden Smith, Son Of Will Smith As the son of famous actor Will Smith, it’s no surprise that Jaden Smith has turned to the entertainment industry. When he was just a child, he’d already starred in many movies with his father, like The Pursuit of Happynes. 22-year-old Jaden is now a rapper with a few singles to his name. Bindi Irwin is the Crocodile Hunter Steve Irwin’s one and only daughter and has been appearing in Steve’s wildlife show since the age of 2. Having inherited her father’s love for animals, she participates in animal protection movements and wildlife documentaries. John David Washington didn’t choose acting at first, despite having a renowned actor as a father, in Denzel Washington. He started out as a running back for UFL’s Sacramento Mountain Lions for 4 years, however he went on to return to acting when he was 25. As the biological child of Michael Jackson, Blanket Jackson was born to fame. He made his “debut” at just a few months old when Michael dangled him over a balcony to greet his fans. Now 18-year-old Blanket leads a normal student life. As the daughter of the award-winning couple Don Johnson and Melanie Griffith, Dakota Johnson lived up to expectations and became a Hollywood star herself. At only 31, Dakota already has plenty of films under her belt, including the Fifty Shades series, and has won multiple awards.

14. Willow Smith, Daughter Of Will Smith From appearing in I am Legend with her father, Will Smith, to launching her music career in 2010, Willow Smith is now 20 years old. As the youngest artist signed to Jay-Z’s Roc Nation, the little girl has unlimited potential. Having Steve Jobs, the innovator and former CEO of Apple, as a father, Eve Jobs doesn’t need to worry about money at all. However, Eve is not spoiled but determined to be an equestrienne. After years of training and practice, 22-year-old Eve is a seasoned veteran. Although her parents had made their fame and fortune through real estate and reality shows, Bella Hadid herself has earned her current reputation and wealth through modeling. Having made her debut in New York Fashion Week in 2014, 24-year-old Bella is already a supermodel listed in the 2016 “Model of the Year.” Inheriting her musical talent from Willie Nelson, the legendary musician, Paula Carlene became interested in music while participating in one of her father’s tours. Now 51-year-old Paula is both Willie’s daughter and an outstanding musician in her own right. Born in 1986, Lily Costner entered the film industry in 1995, following the footsteps of her father, Kevin Costner. She retired from the spotlight after starring in many movies such as The Postman. Now 32-year-old Lily enjoys a normal life in LA. When Sam Alexis Woods was born in 2007, her parents Tiger Woods and Elin Nordegren were overjoyed. When they appeared in court after the scandal, the couple did their best to protect Sam from the media. Now 12-year-old Sam still has a close relationship with both her parents. Hollywood stars Kevin Bacon and Kyra Sedgwick had tried to stop their daughter from working in the complicated entertainment industry. However, Sosie Bacon’s insistence and talented acting skills have convinced her parents. She now stars in a number of TV shows, including 13 Reasons Why. 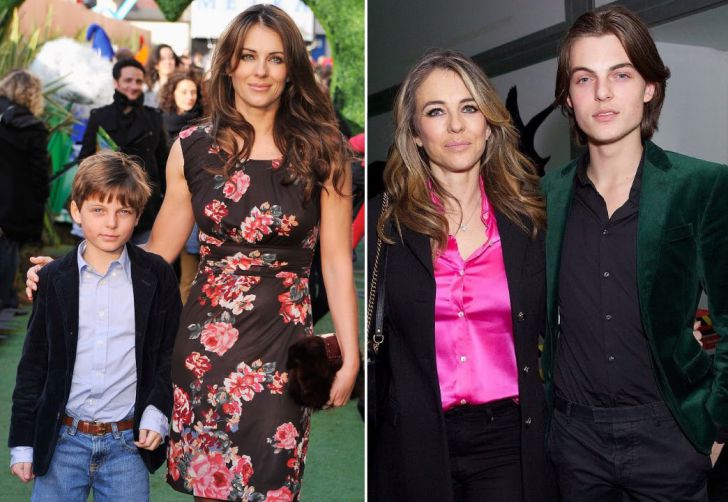 Having British actress Elizabeth Hurley as mother and Hugh Grant as godfather, Damian Hurley’s acting path can be as smooth as he wants. First cast in The Royals with his mom in 2016, now Damian is an actor and signed model.