From Wings to Parasite, 92 films till now have earned the Academy Award for best picture. In these films, some especially received the audience’s love and praise. Let’s take a look at the top 20 best-loved Oscar winners on Rotten Tomatoes. Directed by Alfred Hitchcock and co-starring Lawrence and Fontaine, the Gothic film Rebecca is a classic. The film earned Hitchcock his first and only Academy Award for Best Picture. Hitchcock’s masterpiece has scored 100 on Rotten Tomatoes. Ranked 100 on Rotten Tomatoes, the 1945 film The Lost Weekend tells the story of an alcoholic writer Don Birnam (Ray Milland), discussing his suffering from alcohol and the mental state of an alcoholic. Its astonishing realism and morbid charm earned it both the Academy Award for Best Picture and the Palme d’Or, the highest award at Cannes. Another Rotten Tomatoes maximum scoring film, it tells the story of a 34-year-old bachelor Marty’s love story in New York City. It has won both the Academy Award for Best Picture and the Palme d’Or. Marty’s actor Ernest Borgnine also won his only Academy Award for best actor for his perfect portrayal. Depicting the life of an old Broadway actress, All About Eve is the only film in Oscar history to receive four female acting nominations. Scoring a high score of 99 on Rotten Tomatoes, the 1951 film was selected for preservation in the National Film Registry. The 2019 South Korean film portrays the entanglement between two families at opposite ends of the wealth spectrum. It became the first non-English language film to win a leading 4 awards at the Academy Awards, including the Best Picture. The dark horse scored 99 on Rotten Tomatoes. Receiving a score of 98 on Rotten Tomatoes, The Godfather has set a blueprint for gangster movies. The Corleone crime family and its patriarch in the film fascinate the world even today. The film has been praised as one of the greatest films ever made. The 1939 melodrama tells the love affair between a manipulated woman and a man during the Civil War. It has swiped 8 Academy Awards, and, for her performance, Hattie McDaniel became the first African-American to win an Oscar for Best Supporting Actress. Having won 8 Academy Awards, On the Waterfront focused on the violence and corruption among longshoremen. The 1954 film, rated 98% on Rotten Tomatoes, was selected for preservation in the National Film Registry. The wartime romantic drama portrayed the struggles between an American expatriate and his lover Ilsa. The film was not highly anticipated, but it won Academy Awards and is listed near the top of the greatest films in history. It received 98% on Rotten Tomatoes. With a Rotten Tomatoes score of 98, the 1934 romantic comedy film is about how a pampered socialite (Claudette Colbert) ran from her father’s control and fell in love with a rogue reporter (Clark Gable). It was the first film to win all 5 major Academy Awards. Two years after the first movie in the Godfather franchise, the second installment was released. Still focusing on the story of Vito and Michael Corleone, the 1974 film followed the first one’s success, winning 6 Oscars and having a Rotten Tomatoes score of 97. Holding a 96% rating on Rotten Tomatoes, the psychological horror film Silence of the Lambs pocketed the top five categories at the 64th Academy Awards. It is regarded as one of the greatest and most influential films ever made. The 1946 film portrayed three American soldiers readjusting to civilian life after coming back from WW2. It was a critical and commercial success, winning 7 Academy Awards. With a score of 96 on Rotten Tomatoes, the film is still one of the highest-grossing movies of all time in the UK. Colin Firth put on a stunning performance as the stammering King George VI in The King’s Speech. The 2010 film was a major box office and critical success and swept 12 Oscar nominations. It also received a high score of 95 on Rotten Tomatoes. The transformation from a Cockney flower girl to a decent lady in a florist’s shop needs no further elaboration. Audrey Hepburn was the icing on the cake of the 1964 musical film. Having won 8 Academy Awards and listed in AFI’s Greatest Movie Musicals, it has a 95% rating on Rotten Tomatoes. This 1948 adaptation of Shakespeare’s play was adapted, directed by and starred Laurence Olivier. Although it contains a controversial plot, it received many prestigious accolades, being the first British film to win the Academy Award for Best Picture. Its Rotten Tomatoes Score reached 95. The 1961 film is an adaptation of the Broadway musical of the same name, inspired by William Shakespeare’s play Romeo and Juliet. It received mixed reviews and now holds a 92% rating on Rotten Tomatoes. The 1998 romantic comedy-drama depicts a love affair between William Shakespeare (Joseph Fiennes) and wealthy young Viola de Lesseps (Gwyneth Paltrow). Although it is a fictional story, it garnered box office success and a high score of 92 on Rotten Tomatoes. The 1996 romantic war drama tells the story of 4 people in an abandoned villa in Italy during WW2. It has won nine Academy Awards, including Best Picture and Best Supporting Actress for Juliette Binoche. It is rated 85 on Rotten Tomatoes. The 1965 musical drama film might have received mixed reviews when it was released, but it is an undeniable classic today. Rated 84 on Rotten Tomatoes, the film not only offered memorable songs, but even promoted tourism of its film location, Salzburg. 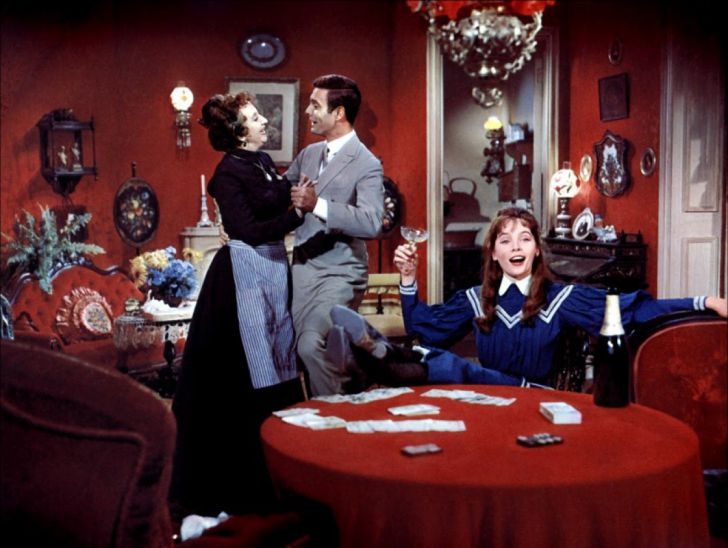 Regarding the last great Metro-Goldwyn-Mayer musical, Gigi tells the love twist between “courtesan” Gigi and playboy Gaston. The exquisite acting and prominent composition won the film a record-breaking 9 Academy Awards. It holds 80% on Rotten Tomatoes.