For rich and famous celebrities, a broken marriage can also mean big cost. You will not believe the numbers in their divorce settlements.

Hollywood stars Angelina Jolie and Brad Pitt fell in love while filming Mr. and Mrs. Smith in 2004 and tied the knot in 2014. The couple had six children over the years, three biological and three adopted. However after a 12-year relationship, Jolie filed for divorce in 2016. In April 2019, they were officially split up. It is reported that their divorce will end up costing the pair $400 million. Golf legend Tiger Woods and former Swedish model Elin Nordegren’s divorce hit as many headlines as their wedding did. As one of the highest paid athletes in the world, Woods paid Elin a divorce settlement of $100 million, and we all know she deserved it. Jeff, Amazon CEO and now the world’s richest man, met MacKenzie in 1992 when she was an employee at one of his hedge funds. They got hitched a year later and became one of the wealthiest couples in history. The two abruptly announced their divorce in January 2019 after being married for 25 years. MacKenzie received about $36 billion in Amazon Stock, making her the world’s third-richest woman and their divorce the most expensive one on record. Tom Cruise and Nicole Kidman fell in love after meeting on the set of Days of Thunder in 1990. They married in the same year and adopted two children. In 2001, their marriage ended on good terms instead of in a nasty public battle. Linda Kozlowski married her Crocodile Dundee co-star Paul Hogan in 1990. However, 23 years later, Kozlowski filed for divorce. She exited their marriage with $6.25 million. In the divorce settlement, they share custody of their son, Chance. Country icon Garth Brooks met Sandy Mahl when he was working as a bouncer in a college bar. They became college sweethearts and married in 1986. The pair had three daughters together, Taylor, August, and Allie. They separated in 1999 and finalized their divorce in 2001. Sandy received a reported $125 million in the divorce settlement.

After dating for six years, WKRP in Cincinnati actress Loni Anderson married Smokey And The Bandit actor Burt Reynolds in 1988. They adopted a son together, Quinton. The couple divorced in 1993 after 5 years of marriage. At the time, Burt agreed to pay Loni $234,794.13, which took him 22 years to pay off! Supermodel Heidi Klum and singer Seal married in 2005. Although the two renewed their vows every year on their wedding day with their close friends and family, that didn’t prevent them from splitting after 7 years of marriage. They had 3 biological children together, Henry, Johan, and Lou. Legendary Beatles member Paul McCartney and former model Heather Mills tied the knot in 2002. Divorce came six years later when their daughter Beatrice was only 2 years old. Mills represented herself in the divorce proceedings, which McCartney admitted “took guts.” With a net worth of over $1 billion, of course, McCartney was able to afford the $48.6 million settlement. Demi and Bruce were married for 11 years, during which time they had three daughters together, Rumer, Scout, and Tallulah. They divorced in 2000, and Bruce said, “he had failed as a father and husband.” The pair are said to have maintained a good relationship since their divorce. Former NBA star Michael Jordan met his future wife Juanita Vanoy on a blind date in 1984. They got married in 1989, and their marriage lasted nearly 17 years. Juanita was awarded $168 million in the divorce settlement, which didn’t put much of a dent in Michael’s $1.7 billion net worth.

Billionaire businessman Alec Wildenstein and Jocelyn Perisse met when she was a guest at Ol Jogi Ranch in Kenya. They got married in 1978. 21 years later, their marriage ended, and Jocelyn received $2.5 billion in addition to $100 million each year for 13 years in the divorce settlement. After splitting with record producer and rapper Sean Combs, Jennifer started dating former backup dancer Chris Judd. They were married briefly from September 2001 to June 2002. We doubt whether the less-than-a-year marriage was really worth $14 million. Comedian Eddie Murphy and Nicole Mitchell divorced in 2006 after 13 years of marriage and 5 children. Considering Eddie’s success, from projects like Shrek and The Nutty Professor, he could have paid Nicole more than $15 million, but they had signed a prenuptial agreement. Iconic actor Harrison Ford and screenwriter Melissa Mathison were married for 17 years and had 2 children together, before splitting in 2001. Melissa ended up taking $118 million of the actor’s $240 million cash. Gwen Stefani met Bush member Gavin Rossdale at a holiday concert in 1995. They married in 2002 and had three sons together. Sadly, the couple divorced after 13 years of marriage. Gwen reportedly had to hand over $25 million to her husband.

Depp met Amber on the set of The Rum Diary and married her in 2015. However, Amber accused Depp of abuse and filed for divorce after a 15-month marriage. She got $7 million settlement and vowed to donate the money to charities. Hollywood star Arnold and his wife of 25 years, Maria, split after she discovered his affair with their housekeeper. Arnold was said to have paid $375 million for his indiscretions. 32-year-old Michael Douglas married 19-year-old Diandra Luker, the daughter of an Austrian Diplomat, in 1977. They had a son named Cameron one year later. Unfortunately, the couple divorced after 18 years of marriage. The $45 million settlement was tiny compared to Michael’s $300 million net worth. Being with a man for 24 years and having 5 children together didn’t stop Tawanna from filing for divorce. While in the court, the NBA star told Tawanna, “I don’t even have money for a cheeseburger!” In response, Tawanna gave him $61. After Allen’s pleading for her back, Tawanna agreed but soon refiled for divorce in 2013 and was awarded $32 million. British billionaire and former F1 CEO Bernie Ecclestone married Croatian international model Slavica in 1984. Despite the 28-year age difference, the huge height difference, and the language barrier in the beginning, they stayed madly in love for 23 years. Slavica eventually walked away with a whopping $1 billion. 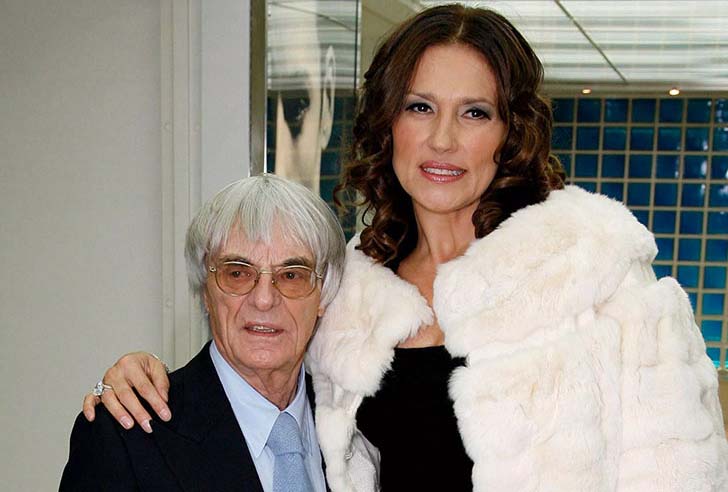