21 States Where Americans Are Fleeing New Jersey is famous for its beaches and family-friendly suburbs, but according to United Van Lines’ annual study, people are moving out faster than from any other state. The reason is the state’s stiff cost of living, high taxes, and notoriously bad roads are forcing people to find jobs elsewhere and greener pastures for retirement. The reason that the Prairie State ranks 2nd on our list is high unemployment and steep taxes. In fact, Illinois has the nation’s second-highest property taxes and a punishing flat household income tax. As a result, job seekers and wealthy people are leading an exodus from Illinois.

Millions of visitors come to Connecticut for its beaches and charming towns, but locals are packing up and leaving as taxes rise and roads and bridges crumble. United Van Lines say most people are moving out for better retirement living and to avoid high taxes. The Big Apple has a lot to offer – big-city living, small-town culture, sports, arts, and rural wildlife, but its sky-high cost of living, bitterly cold winters and steep taxes are forcing people out. Bloomberg found that close to 300 people move out of New York City every day. Kansas seems like a dreamy place to call home. It offers a low-cost, comfy lifestyle, low unemployment, and beautiful sunsets, but many experienced and educated workers are moving out due to the lack of income growth. The state’s windy-with-a-chance-of-tornadoes weather doesn’t help either. Despite having fabulous amusement parks and Lake Erie islands, the Rust Belt state seems to have lost its appeal due to relatively high unemployment and slow job growth. Its gray, punishing winters and the unequal access to good health care are also common complaints. Many of the best colleges and hospitals are located in Massachusetts, but the insane cost of living here makes it difficult for residents to repay their student loans and still make ends meet. Many people choose to move to warmer and less expensive states, like Texas. According to the survey, nearly three-quarters of those moving out of Iowa are looking for better employment. The salaries in the state are relatively low and the cost of living in Iowa’s largest cities is unaffordable for many. “Iowa is a boring state to live in,” a Reddit user complained.

There are many reasons that Montana’s beautiful landscape can’t keep its residents. For one thing, it’s very hard to find jobs outside of low-paying seasonal jobs in tourism and the oil industry; For another, Montana is far from America’s major population centers, which means people have to leave the state to be closer with families. In addition, Montana has been criticized for a lack of healthcare, with just 2.3 doctors per 1,000 residents.

The congressional Joint Economic Committee ranks Michigan as the No. 7 state for “brain drain,” meaning that Michigan’s glorious parks and nearly 3,300 miles of coastline can’t seem to keep younger, highly educated workers. Retirement is another major factor according to United Van Lines. Many hardworking professionals and businesses travel to California to get a taste of its beachy, urban, outdoorsy lifestyles each year, but the state’s astronomical housing prices and high living costs often push them away. A CNBC study ranks California 49th out of the 50 states for the cost of living. According to United Van Lines, 70.8% of people who move out of Louisiana listed few job opportunities as No.1 reason. Employment outside of farms increased by just 0.1% from 2018 to 2019 in the state, but taxes are still brutal – the average combined sales tax is the second highest in the U.S. at an astonishing 9.46%! Besides record-high housing prices, Wisconsin is one of the worst places for retirees due to its long, brutal winters. Based on data from the National Weather Service, In the state’s entire recorded weather history, every winter but five hit temperatures of at least 30 below zero. No wonder more than half the people who moved out of the state in 2018 were ages 55 or older. Perhaps they’d prefer spending their retirement somewhere warmer. According to a survey conducted by United Van Lines, lack of job opportunities and low income are the main reasons why people are moving out of Kentucky. In fact, the state has one of the nation’s highest unemployment rates, and the minimum wage has been stuck at $7.25 an hour for 10 years.

Moneywise says that Maryland is the worst state for retirees. Its high cost of living, above-average health care costs, exorbitant taxes, and soaring home prices have all contributed to the state’s high outbound moving rate. The problem of Nebraska is not high unemployment, but a lack of high-paying jobs. “We don’t need any more minimum wage, no-experience-required jobs,” Hank Robinson, a researcher from the University of Nebraska at Omaha told the Omaha World-Herald.

The economy of the “wild and wonderful” West Virginia is driving residents out of the state. According to Moneywise, more than half the people (56%) moving out of the state are ages 44 and younger, and are searching for jobs elsewhere. We hope the state can work out a solution.

Utah has breathtaking landscapes – Its snow-capped mountains and national parks are filled with amazing rock formations that attract visitors from all over the world. However, high unemployment and rising housing prices make it hard for people to settle down. Again Virginia’s disappointing job market is pushing people away. Studies show that half of those who depart leave to find better jobs. Although the state’s Washington D.C., suburbs are booming, there are not enough jobs in rural areas in southern and western Virginia. North Dakota has a thriving economy. The unemployment rate was a minuscule 2.5% during September 2019. But it still makes out the list because there are not many interesting things to do. “If you think about it, every state has something interesting about it,” writes one resident, on Quora. “What’s interesting about North Dakota?” 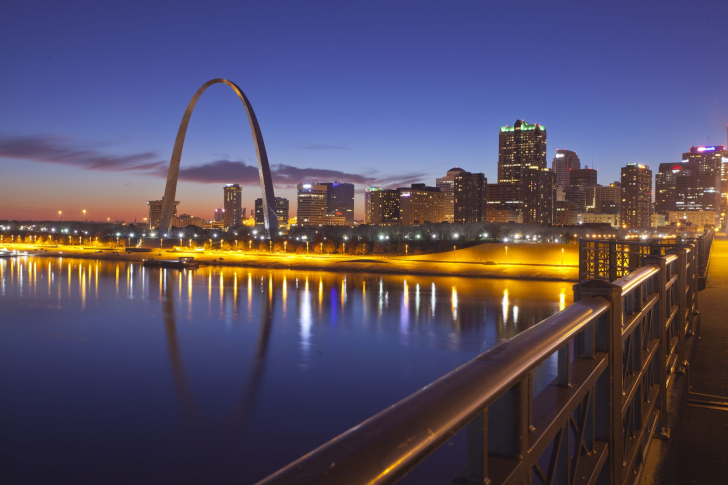 Missouri is losing its appeal to residents due to a disappointing economy. Kansas City has lost 1.9% of its manufacturing jobs over the past year, according to BLS. Besides, the weather is not very comfortable, either. “Southern humid summers and northern-like winters means rapidly moving from one extreme to the other,” writes Meimnot555 on Reddit.