All NCIS fans know Ziva David, a Mossad officer turned NCIS agent. While Ziva is well-liked, little is known about Cote de Pablo, the actress behind the character. Here you will find out about her amazing and inspiring life story, including the lowdown on her early life, her first love, how she joined the NCIS, and the reason why she left NCIS.

Cote was born in Santiago, Chile. When she was 10 years old, she and her family moved to Florida, USA. Adjusting to a new country was tough for her at first. However, she finally felt at home after taking a place at a performing arts high school. After Cote moved to the United States, she noticed that many people couldn’t pronounce her real first name, María José. To make things easier, she changed her name to Cote, a common Chilean nickname for María José.

3. Starting Acting At A Young Age

At the age of 15, Cote landed her first television role, hosting a Latin-American talk show called Control with Entertainment Tonight host Carlos Ponce. This was only the beginning of her successful career. 5. Starting From The Bottom

Upon earning her Musical Theater degree at Carnegie Mellon University, Cote found herself jobless. She moved to New York hoping to make it big on Broadway. Unfortunately, while she was there, she really struggled to land a role of any sort. To make ends meet, she started out as a waitress in an Indian restaurant in Manhattan. Cote had planned to pursue a career in musical theater since she was in high school. However, she faced a dilemma of which path to choose when she was offered a part on The Mambo Kings Broadway show and a role on NCIS at the same time. Fortunately for her fate took a hand and the Broadway show was canceled, which helped her make a decision. While auditioning for the role of Ziva David, Cote was asked to act alongside Michael Weatherly. The producers of the show wanted to see if they had any onscreen chemistry. To their surprise, the chemistry was instant. During the audition, Weatherly went off-script, brushed Cote’s hair and said, “You remind me of Salma Hayek.” Cote brushed him off. The mix of her fiery temper and his flirtiness made for perfect television entertainment. When Cote accepted the role of Ziva David, a Mossad officer turned NCIS agent, she had no idea what would come of it. The character was a huge success and she was a regular for eight seasons, which ended up turning her a household name across the USA. If you remember the hit Fox series Time of Your Life, you’ll surely know Diego Serrano. Cote and Diego crossed paths in 2000 and began a fifteen-year relationship. In one interview Cote described their relationship, “If it weren’t for him, I’d be the most boring person in Los Angeles.” 10. She Calls Herself An Old Soul

While enjoying an enviable Hollywood lifestyle, Cote has stated that deep inside she is not a glamorous person. She came from a traditional family and treasures simple things above all. She has described herself as an old soul and mentioned in an interview that she would make a great old character in a movie. Apart from acting, Cote also loves singing. In fact, she performed a part of Tom Waits’ song Temptation on the NCIS episode Last Man Standing. Her performance of the full song appeared on the NCIS: The Official TV Soundtrack. What a talented lady! Cote grew up in a Catholic home in Chile. Her faith in God reached new heights when she was 21 years old and discovered her grandmother had cancer. “She couldn’t say anything, she was so consumed with cancer,” She became so angry at God and said, “If you exist, you will take my grandmother with twenty minutes. If you don’t, I’ll never believe in you again.” Within 10 minutes, her grandmother passed away. After that, Cote’s faith in God strengthened tremendously. After playing Ziva David in 189 NCIS episodes, Cote walked away in the finale of the 13th season in 2013. Her exit left fans devastated. For a while, she kept quiet about leaving the show, but the reason was eventually revealed. At a Q&A. Cote admitted that she chose to leave at least in part because of the quality of the series and the direction of her character’s arc. “I worked eight years crafting this character and loving her. And so when I felt or I perceived that the character was not being treated with the respect that she deserved, no money in the world couldn’t but [me],” Cote said. After leaving the NCIS in 2013, Cote has starred in a number of projects including drama The 33 and the CBS miniseries The Dovekeepers. In August 2018, Cote was reportedly set to produce the upcoming CBS detective drama MIA, along with former NCIS co-star, Michael Weatherly. 16. How Cote Keeps Her Life Balanced

Cote started practicing yoga after she suffered a severe neck injury while doing a stunt on NCIS. Since then, she has made yoga part of her daily routine to increase her flexibility and to maintain a healthy lifestyle. 17. She Loves Game Of Thrones

Cote admitted that she was an avid fan of Game of Thrones, and that’s not because she is a fan of all the action. “Any kind of show where you get to see women wear long beautiful hair, corsets, and lovely wardrobe, I’ll be there watching,” she said. Today, de Pablo has an estimated net worth of $6 million. She reportedly made $120,000 per episode before leaving NCIS, according to Yahoo. Her long run on the show helped her accumulate such huge wealth. Cote is a language enthusiast – She is fluent in 10 languages: Hebrew, English, French, Arabic, Russian, Italian, Spanish, German, Pashto, and Turkish. It really must help being such a talented linguist when you’re an actress in Hollywood. Today there are only a few stars that don’t have a social media presence, and Cote is one of them. The NCIS star is very private and is not interested in showcasing her life online. Cote is a very talented actress, who has received industry recognition for her acting. In 2006, she was nominated for the Imagen Award for Best Supporting Actress in Television, for her performances on NCIS. She has also been nominated for a number of ALMA Awards over the years. In 2011, she won the ALMA Award for Favorite Television Actress. 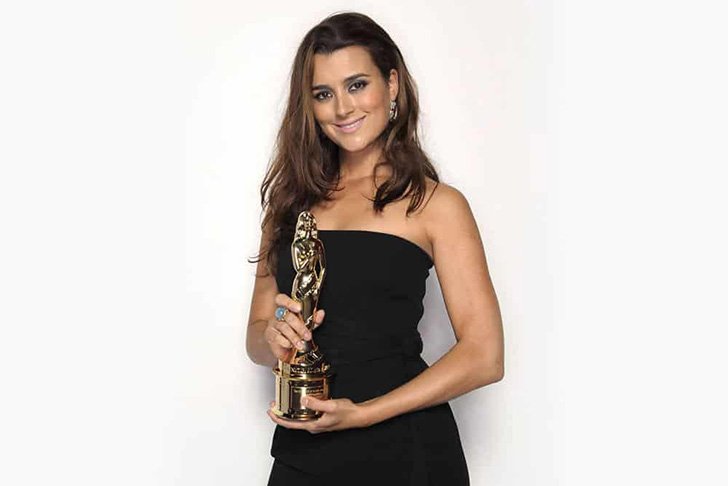