22 Best Dressed Celebrities At The 2019 Emmys

The 2019 Emmy Awards has officially arrived! As usual, the famous faces will certainly bring their A-games when it comes to red carpet fashion. Click through to see 22 of the best dressed and biggest head turners at this year’s Emmy Awards. Thanks to this Louis Vuitton blush pink gown, the Queen in the North is already a winner in our hearts. Jodie Comer is killing it in this white, hot Tom Ford gown. She wins the 2019 Emmy Award for Outstanding Lead Actress in a Drama Series for her role in “Killing Eve.” The “Game of Thrones” leading lady is turning heads at the 2019 Emmys, rocking a gorgeous deep blue Valentino gown that features a plunging neckline and bowtie waist detail. Michelle Williams attends the 2019 Emmys in a Louis Vuitton beaded floral dress. She wins the Emmy Award for Outstanding Lead Actress in a Limited Series or Movie, thanks to her role in “Fosse/Verdon.” Gwendoline Christie never disappoints us with her unique fashion style and this time she chooses a dress from Gucci’s Resort 2020 runway. We have to admit that she looks downright godlike on the red carpet. Billy Porter’s striking his best pose in Michael Kors suits, complete with platform Rick Owens sandals and a Stephen Jones cowboy hat. He wins the Emmy Award for Outstanding Lead Actor in a Drama Series for his work in “Pose.” Carice van Houten, who portrayed Melisandre on GoT, shines in a colorful ensemble by Ronald van der Kemp. “This Is Us” star Mandy Moore is showing us some serious Old Hollywood vibes in this off-the-shoulder pink and red gown by Brandon Maxwell. The 65-year old actress channels her eccentric, high-fashion “Schitt’s Creek” character at the 2019 Emmys by wearing a custom color-blocked column Greta Constantine gown. She is nominated for Outstanding Lead Actress in a Comedy Series for her work on “Schitt’s Creek,” but loses to Phoebe Waller-Bridge. What’s that they say? Dress for the award you want? The “Veep” star, who is nominated for Outstanding Supporting Actress in a Drama Series, is doing just that on the Emmys red carpet. “The Act” star Joey King is doling out some serious retro Audrey Hepburn vibes in this red Zac Posen gown. “Fosse/Verdon” star Margaret Qualley poses for the camera in a classic black, off the shoulder Chanel gown. 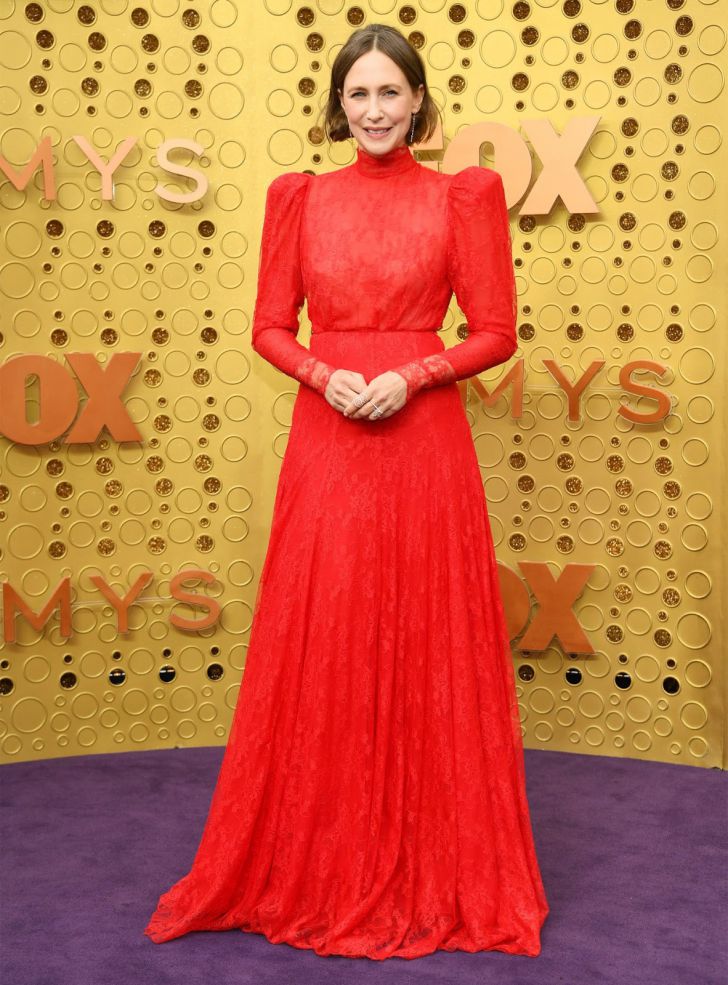 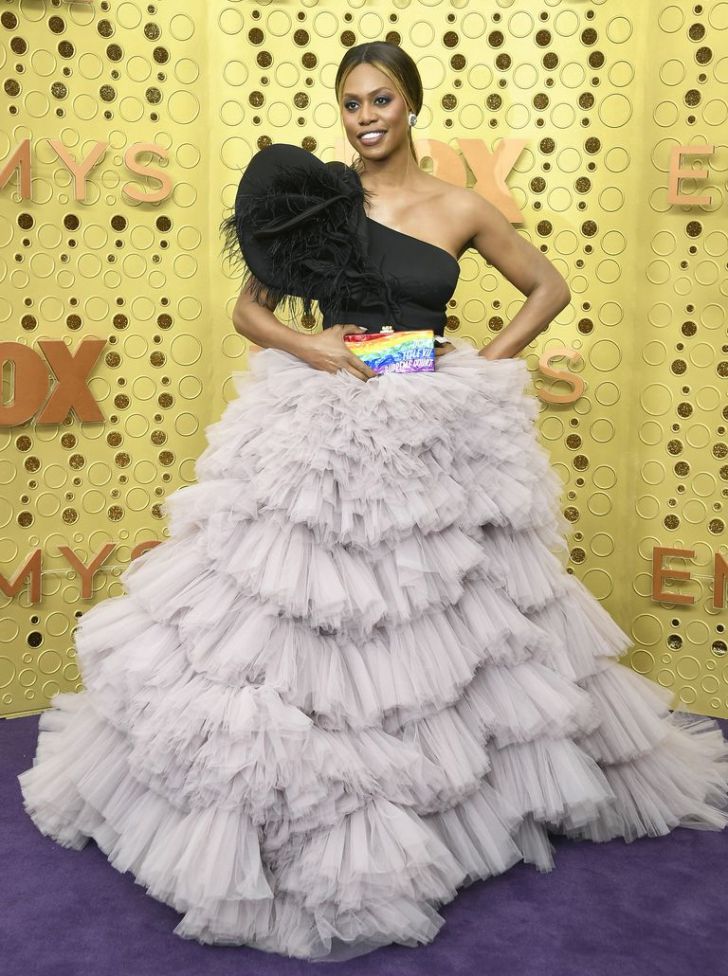