22 Celebrities Who Married Their Fans

Both the two had dated numerous celebrities before they found each other. Kelly Preston was a big fan of John Travolta since she was a little girl and John fell in love with her instantly when they first met. They’ve been through a lot over the years including the tragic death of their son, bringing the couple ever closer. The American Idol winner was signing CDs at an Atlanta Walmart in 2006 when he met McCants. He was so impressed that he even tracked her down to the store’s toy department to get her number. The two married in 2008 and divorced in 2011. Marjorie, a fashion blogger, first met the famous talk show host at a comedy club in 1990. It was love at first sight. In an interview, Steve recalled the first words he spoke to his future wife were: “I don’t know who you are and I am going to marry you.” When the couple first on a military base in Germany, Priscilla was only 14 and Presley was 24. However, they bonded immediately and got married in 1967 when Priscilla was 21. They divorced six years later but remained very close even after the divorce. The actor recalled that his very first words to Fergie were”you’re hot” when they first met on the set of his show Las Vegas. The singer knew he had a little crush on her and she actually sought him out on purpose. They got married in 2009 and shared a son, but divorced after 13 years together. The two had immediate chemistry when they first met through a mutual friend. Hathaway was meant to be single for a while after breaking up with Raffaello Follieri, but bumping on to  Shulman changed everything. She even told a friend she would marry him. She did marry Shulman in 2012 and welcomed their first child in 2016. Jackie was an actress looking for the big break in her career when she met Adam Sandler. She got a small part in the movie Big Daddy alongside her idol, and they began dating after the film was released. The two tied the knot in 2003 and have two daughters by now. Ellen first met the music producer at a grocery store in Los Angeles and started dating him six months later. They got married in 2007 and now they have three children. When asked about the secret of a happy marriage, Ellen said the key was accepting each other for who they are. The lovely couple met at a mutual friend’s party where Jim came to rescue Reese. Jim was an agent at the same agency which also represented Reese. They went on dating for less than a year and came to marriage in 2011. The pair met at a restaurant in Los Angeles where Alice Kim worked as a waitress. They tied the knot after two months and had been together for 11 years before divorcing in 2016. The “Con Air” star said the divorce was a shocker, but he had no hard feelings towards his estranged wife. Seth Meyers is rather private and low-key so a lot of people may not know about his charming wife Alexi Ashe. She is a lawyer and graduated from Southwestern University. The lovely couple met at Chris Kattan’s wedding. The host once said it was love at first sight during an interview with Yourtango. They tied the knot in 2013.

The two first met through a mutual friend who was a production assistant of Wishful Thinking. At that time, Tracey was recovering from the ending of a seven-year relationship. She went on a blind date with the Daily Show host and kept dating him for about four years when he proposed with a crossword puzzle. They have been married for almost two decades now. Julia met Danny on the set of The Mexican in 2002 when he was working as a cinematographer. Although Julia is an A-list star, she has been very low-key about this relationship. She wore a simple emerald ring instead of a lavish engagement ring and they tied the knot in 2002 at Julia’s ranch. They have three children now and happily live together. When the lovebirds first met at the Reebok Sports Club, Jessica Sklar was married and just returned from a three-week honeymoon in Italy with Broadway producer  Eric Nederlander. However, she just couldn’t resist the comedian’s charm and got divorced soon. Now the two have been together for 20 years and shares three children. It was love at first sight. Conan first met his future wife during a taping of his show. She was a copywriter for the advertising company Foote, Cone & Belding which produced a commercial for the show. After the first meeting, they dated for 18 months before getting married in 2002.

Camila Alves met the love of her life at a restaurant. The movie star was covered up with a beard and a hat; therefore Camila didn’t recognize him, yet the magic of love brought them on a date anyway. The pair tied the knot in their hometown of Texas in 2012 and they have three children now. Luciana Barroso was initially married to a fellow Argentinian called  Arbello Barroso and they had a daughter together. She worked as a bartender at Crowbar in Miami when she met Damon, who was in town filming Stuck On You. In 2005 Matt and Luciana got married. Matt adopted Luciana’s daughter from her first marriage, and they are also raising three daughters of their own now. Their story was enviable and romantic. Maureen was a hairdresser and a regular at Cavern Club. After seeing the Beatles’ performances for several times, she developed a crush on the drummer. Ringo noticed her attention weeks later and they began dating. The two got married in 1965 but divorced in 1975.

Katie Holmes was infatuated by Tom Cruise before they met. She told a reporter for Seventeen magazine that she used to think about marrying Tom Cruise. Well, that turned out to be more than a thought. She married her dream lover in2006 and had a little girl. Too bad they divorced in 2012. At the time they met, NPH thought the rest of his life would be solo while Burtka was seeing someone else. However, they both had feelings for each other, and they began hanging out as friends. The first formal date was in 2004 after Burkta broke up with his ex. They got married in 2014 and raised a twin together. Armstrong is a great vocalist and guitarist as well as a happy husband thanks to his beautiful wife Adrienne Nesser. She was a big fan of the band when she first met Armstrong at a concert in Minnesota. A few months later, Armstrong organized his show once more just to see Nesser, which won him a kiss. The couple now has been married for 16 years and has two children. 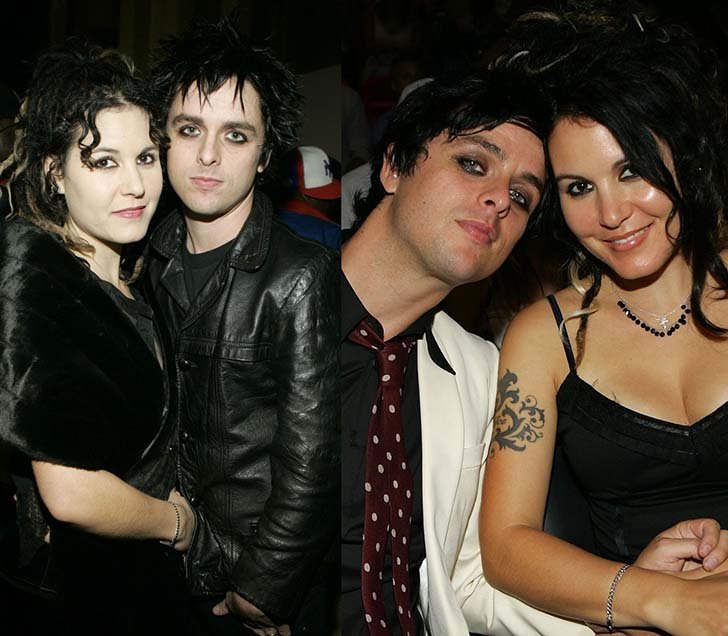 The pair’s very first meeting was, believe it or not, on Twitter. Wiz Khalifa was asked who he would be with if there was one girl in the world and he said Amber Rose. Then Rose hit him on Twitter and fell in love. They tied the knot in 2013 but divorced in 2014. 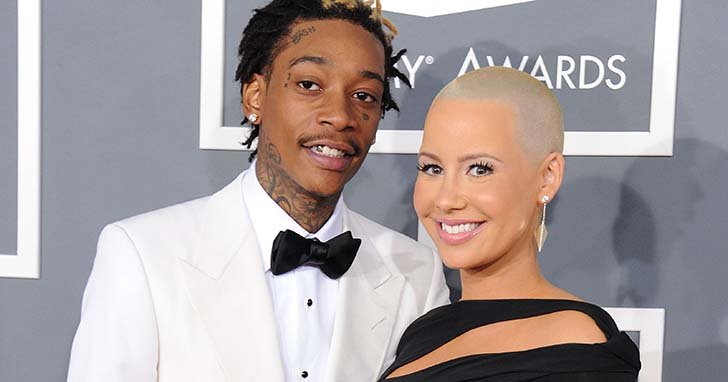