22 Most Luxurious Houses Of British Celebrities

Thanks to their hefty bank accounts, British stars are able to invest millions in real estate and live a dream life. Let’s take a look at some of the most luxurious homes of our favorite British celebs. Are you ready to be blown away?

Emilia Clarke, our beloved Mother of Dragons from Game of Thrones, bought a $4.64 million mansion in Venice, CA. The house features 2 bedrooms and a thoroughly modern architecture. Emilia let her house out in May last year and has recently offered the house as a rental again for about $25,000 per month. Amal Clooney and her husband George Clooney purchased a $10 million manor in Sonning-on-Thames, Berkshire, England. The house features a cinema, a pool house, and a grand terrace. Throughout the home, there are pristine wood floors, elegant interiors, and a verdant courtyard that makes the space feel comfortable and fresh. Who wouldn’t want to live in a place like this? Sean Connery, the 88-year-old Scottish actor who is best known for playing James Bond, lives the most luxurious life with an estimated net worth of $350 million. Of his many of properties, he loves to visit his Bahamas house the most. The mansion comes with a number of huge bedrooms, a giant pool, and a scenic Bahamian coastal view. Idris Elba, the Golden Globe winner and the 2018 People’s “Sexiest Man Alive,” has just recently got married. Idris owns a beautiful home in East London, which features a vast underground studio. He and his model wife, Sabrina Dhowre, can enjoy their happily married life there. Game of Thrones couple Kit Harington and Rose Leslie are living in a luxurious $2.46 million house in East Anglia, England. They were previously rumored to have been looking for a place in Manhattan, but the English countryside eventually won them over. Back in 1970, Rolling Stones frontman Mick Jagger spent millions of dollars on Stargroves, a gorgeous country manor in Hampshire, England. The Stones later used the home as a recording studio. The exterior and courtyard of the house were even used for filming the Doctor Who serials. However, Jagger sold Stargroves in 1979.

Twilight star Robert Pattinson, who is said to be the next Batman, paid about $2.1 million for a luxurious house in Hollywood Hills in 2014. The cost isn’t really much considering that he has a net worth of about $100 million. Sean Bean, who played Eddard Stark in Game of Thrones, bought a house in Totteridge after he married Abigail Cruttenden. The actor, who has married five times so far, decided to sell his home for $8.123 million this year. Maybe he wanted to get rid of all the memories of his failed marriages. This Morning host Holly Willoughby lives in this lavish home with her husband, Dan Baldwin and their three children, Harry, Belle, and Chester. Holly takes a lot of pride in her house and often shares photos of the house on Instagram. Singer Ed Sheeran, who once apparently lived on the streets, purchased a $12.5 million mansion with four bedrooms in North London. He also reportedly owns several more adjoining houses. Well, when he’s gone from being homeless to being a superstar, we can understand why he values real estate so much. Sophie Turner and Joe Jonas just got married on May 1, 2019. Turner is best known for her role as Sansa Stark on HBO’s hit series Game of Thrones, while Jonas, rose to fame as a member of the pop rock band the Jonas Brothers. The newlyweds can rest easy at their home in Sherman Oaks, which has 5 bedrooms, 6 bathrooms, an impressive pool, and a home cinema. World famous supermodel, Naomi Campbell, received a lavish $190 million mansion as a gift from her billionaire boyfriend, Vladislav Doronin, for her 41st birthday. Located on a private island in Turkey, the 25-bedroom house is shaped like the Eye of Horus. Singer Harry Styles, Taylor Swift’s ex-boyfriend, bought a 5-bedroom deluxe house in Hollywood Hills for $6.87 million. He undertook renovations to make it fit his taste, but soon get bored. So, he put his home on the market for $8.45 million and later lowered the price by about $500 thousand to try and shift it. J.K. Rowling, now the world’s richest writer, once lived in a small, cold house and couldn’t afford the heating bill. With the huge success of the Harry Potter books, Rowling has amassed a fortune of about $1 billion. She spent $3.1 million on a property in Edinburgh. One of Daniel Radcliffe’s next big roles after Harry Potter is as a real estate mogul. The former boy wizard paid a cool $5.65 million for a townhouse in Manhattan. He already owns a luxurious $4.9 million condo and another $4.3 million house in the area. Like her co-star Daniel Radcliffe, Emma Watson made millions before reaching adulthood. Of course, Emma can buy any property she likes. After she decided to move to New York a few years ago, she bought a luxury apartment in Manhattan. Seal and his wife Heidi Klum invested a hefty $13.4 million in a classy mansion in Brentwood, CA in 2010. Unfortunately, the couple split in 2012 and divided up their real estate in a subsequent divorce settlement. Adele has accumulated an estimated fortune of $135 million thanks to her successful music career. She recently bought a $9.5 million house in Beverly Hills. The 6,500-square-foot estate has 4 bedrooms, 2 bathrooms, 2 living rooms, 2 dining rooms, a giant pool, a spa, and an amazing treehouse. DJ, singer and songwriter Calvin Harris owned this spacious mansion in Los Angeles when he was dating Taylor Swift. The house has 4 bedrooms and 7 bathrooms. A few years ago, Calvin decided to sell his property for $9.995 million. In 2016, Ricky Gervais and his wife, Jane Fallon bought an 8-bedroom, $15 million mansion in North London. With $130 million in his bank account, Ricky never has to worry about mortgages again. Game of Thrones star Lena Headey once owned a mid-century modern house in Sherman Oaks. The 2,900-square-foot house features 5 bedrooms, 5 bathrooms, a huge entertaining area, and a large swimming pool. Lena bought the home in 2014 but listed it for sale for about $2.05 million in 2017. 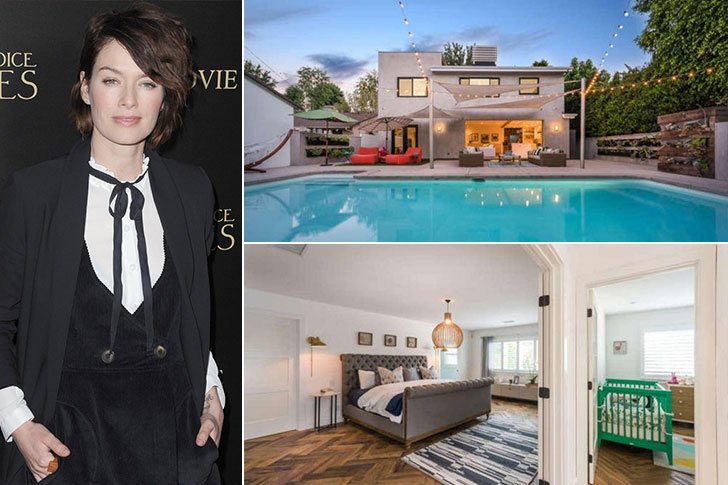 Queen musician Brian May chose to settle down in Surrey, England, where he bought this mansion. Unlike other celebrities who buy and sell real estate frequently, Brian has been living in this place for a long time. 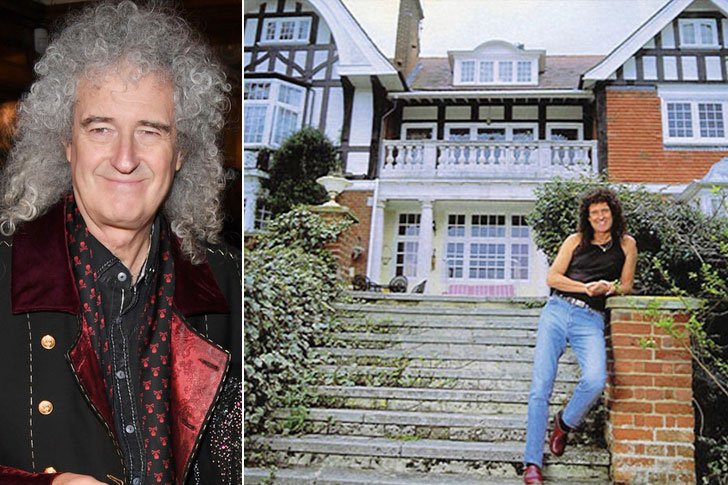