Carrie Fisher and her mom Debbie Reynolds recently passed away just one day apart. In tribute to this much loved, and much-missed duo, see below for a heartwarming collection of photographs of mother and daughter throughout the years. 1. Pop singer Eddie Fisher and actor Debbie Reynolds with their daughter Carrie, who was born on 21 October 1956. 7. Before the split, the pair also had a son together, Todd Fisher, born in February 1958. 8. The 3-eayr-old Fisher gives Reynolds a hug in their home in West Los Angeles in 1959. 9. Reynolds and Fisher on the set of Say One For Me in 1959. Fisher said: ” My mother would get up in the morning as my mother, and then she’d go into this big closet she had… and she’d come out as Debbie Reynolds.” 11. Actress Debbie Reynolds and daughter Carrie have contrasting expressions prior to boarding an American Airlines jet to Hollywood to complete scenes for a new movie. 12. Debbie Reynolds is interviewed in her hotel room while 2-year-old Carrie squeals with delight and brandishes a pinwheel in 1959. 17. Debbie Reynolds with her daughter Carie Fisher in 1965. 18. Fisher and Reynolds at Reynolds’ opening night at the Desert inn in Las Vegas in 1971. 19. A teenage Carrie Fisher with Debbie Reynolds in 1972. 20. Reynolds and Fisher at the School Benefit at Town Hall in New York, 1972. 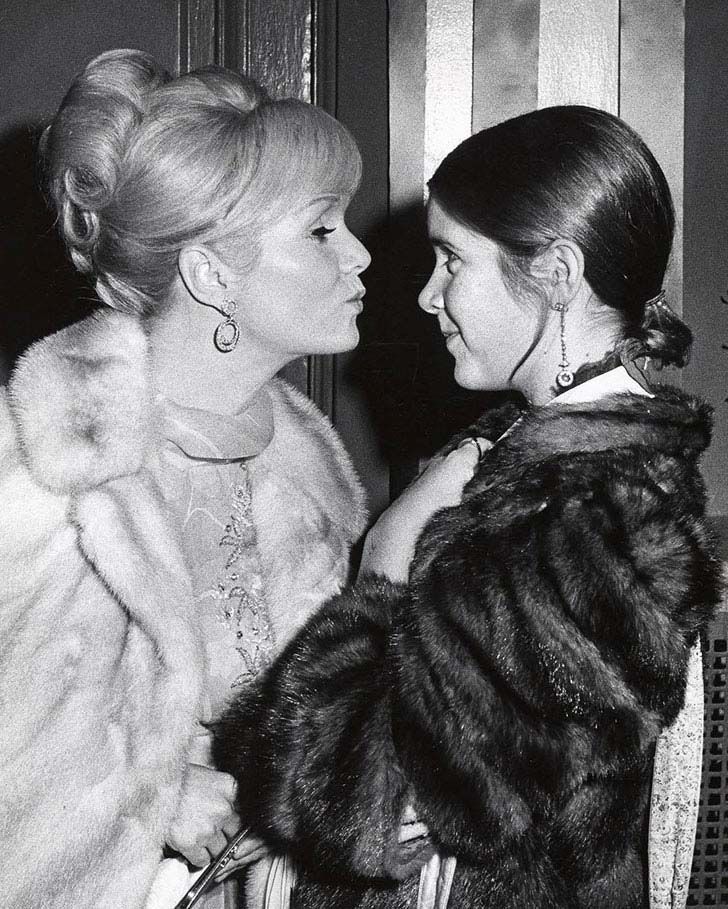 21. Carrie and Todd Fisher and Debbie Reynolds at the opening of the musical Irene at Minskoff Theater in New York, 1973. In 1977, Carrie would maker her breakthrough in Star Wars. 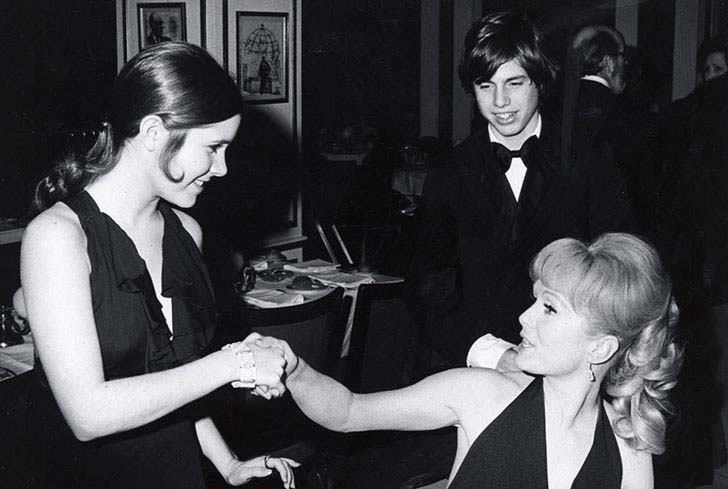 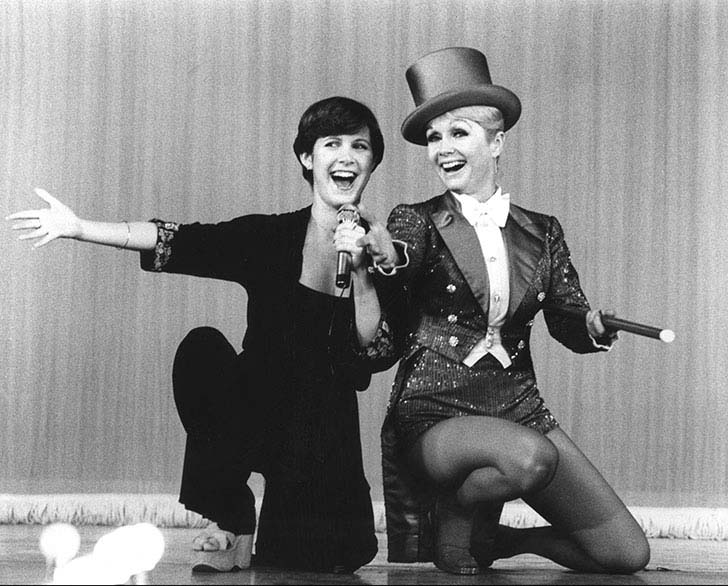 23. Carrie, joined by her mother, after she opened in the Broadway production of Censored Scenes From King Kong in 1980. 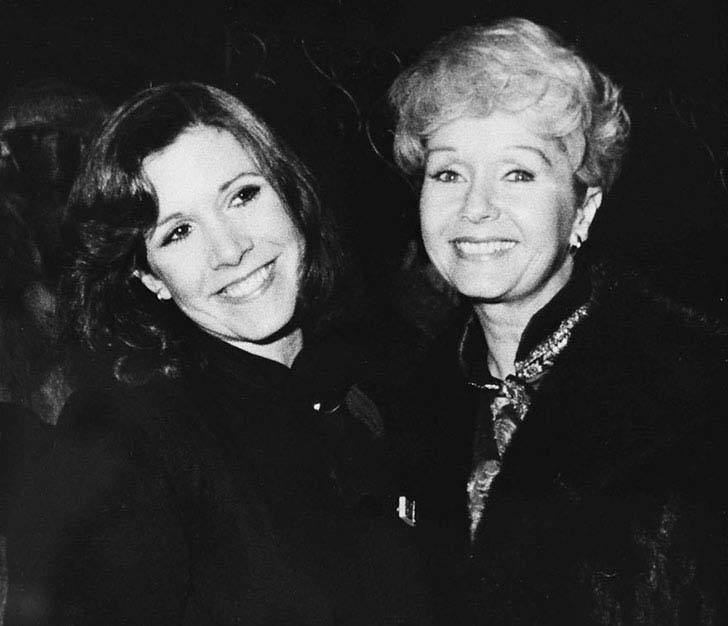 24. Here the pair smiles in 1983 at a crowd that has gathered to celebrate Reynolds’ return to Broadway in Woman of the Year. 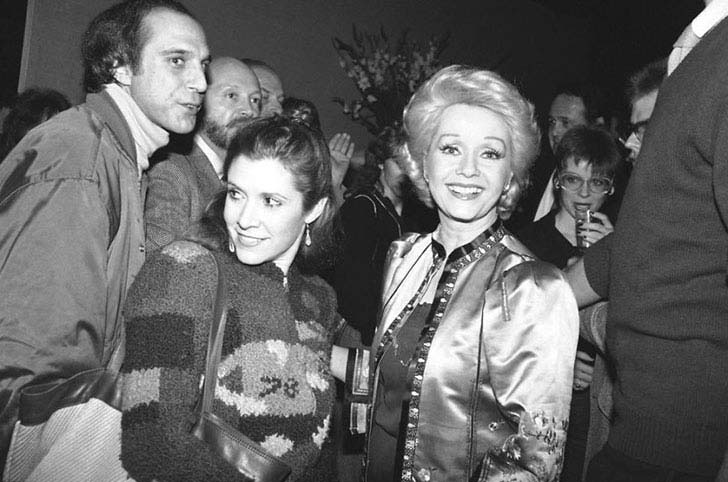 25. After Reynolds won the fifth annual Gypsy Award for excellence in dance in 1991. 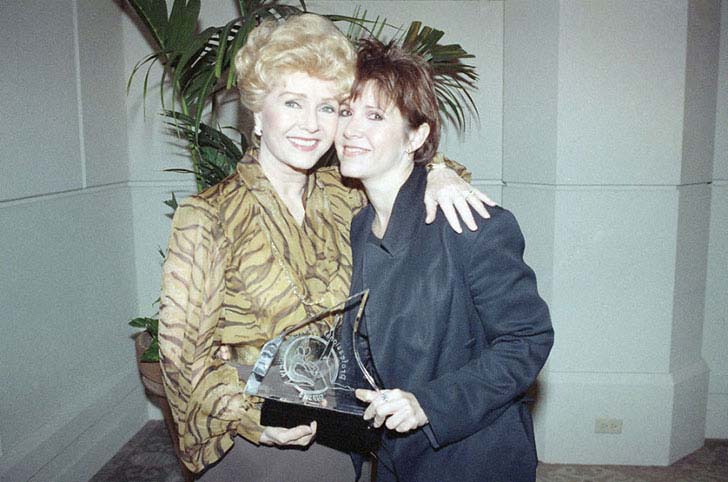