Tom Selleck, the Magnum P.I. Star, who proudly sports his now-legendary mustache, is well-known for his wonderful character portrayals, involvement with charities and political statements. But actually, there are numbers of things you may not know about him. Read on for some surprises! Born into a poor and humble family, Tom was well-taught by his parents, who did their best to instill good values in him. From his kindness and dedication to both his family and career, Selleck’s parents helped him a lot to become the man he wanted to be. In his college days, Tom joined the men’s basketball team and he worked as a model to pay the bills in the meantime. A drama coach suggested him to try acting, so he enrolled at the Beverly Hills Playhouse. Tom had no idea then how much this decision would affect his whole life. In his senior year, Tom made his television debut on The Dating Game, which made him an instant audience favorite. He then featured in a Pepsi-Cola commercial. Over the years, Selleck has appeared in numerous commercials like Right Guard and AAG. With multiple TV roles under his belt, Selleck soon caught the eye of Twentieth Century Fox, who wanted to sign him. They put their best deal forward, and Tom knew it was an opportunity he couldn’t turn down. He was class the day after to sign the contract. At 35, Tom got his huge break landing the lead role of Thomas Magnum on Magnum P.I. Appearing in 163 episodes, Selleck defined his character with his signature mustache, Caliber pistol, the red Ferrari, Hawaiian t-shirts, and a Detroit Tigers cap. Selleck was actually not the first choice for Magnum, but luckily for him, Kevin Dobson turned it down. Moreover, Magnum was originally supposed to drive a Porsche, but Selleck’s tall frame was simply not made for the German sports car, so they changed it to a red Ferrari. When he joined Magnum, P.I., Tom signed to work exclusively on the show. As a result, he missed some brilliant roles such as Indiana Jones in Raiders of the Lost Ark, the male lead opposite Julie Andrews in Victor/Victoria, and the title role in The Terminator. While shooting Magnum, P.I., Tom was a tireless worker. His co-star Larry Manetti noted Tom’s philanthropic spirit to the cast was something rare among celebrities. Selleck even shared his bonuses from the show with the show’s entire cast and crew. Fans of Tom Selleck just can’t imagine him without his signature mustache! It’s a trademark of his. Still, even he was once mistaken for Burt Reynolds as they were both famous for their impressive mustaches. There have only been a few times in his life that Tom has shaved his mustache off for roles. Over the years, Selleck has made his name even bigger after appearing in a slew of movies and shows, such as the comedy Three Men and a Baby, western movie Monte Walsh, and drama series Blue Bloods. He even appeared in Friends and The View as a guest actor. 11. Voice Over And Broadway

Apart from acting, Tom also provided his voice extensively in the series North America, a natural history documentary. Selleck also played the lead role of Murray in the Broadway revival of A Thousand Clowns. Selleck has earned an Emmy and a Golden Globe, four People’s Choice Awards, four Emmy nominations, and six Golden Globe nominations. He has a Star on the Hollywood Walk of Fame and was inducted to International Mustache Hall of Fame in 2015. Selleck’s current net worth stands at $25 million. This is after gracing the acting stage for 49 years and appearing in over 50 TV shows and films. You’d think his net worth would be much higher today, but it isn’t. Still, that hasn’t stopped him from splurging. Blue Bloods co-star Donnie Wahlberg spoke about Selleck’s humor off-screen, “He can be funny. He starts with his oddball jokes and his weird rhymes that he tells from 1930 that are so funny. Everybody feels so much lighter and happier.” Selleck is a known Republican and a National Rifle Association member. He has always referred to himself as a registered independent with a lot of libertarian leanings. He is also happy to speak about his political opinions, regardless of the consequences. The 73-year-old actor is an accomplished indoor and beach volleyball player, who plays as the outside hitter for the Outrigger Canoe Club in Honolulu. Selleck is also an avid outdoorsman, marksman, firearms collector, and a HUGE supporter of the Detroit Tigers. Selleck works with more committees than that you can imagine. He even founded a youth program called Character Counts, helping promote positive living and a strong worth ethic in young people. He was also the spokesman for the Vietnam Veterans Memorial Fund in 2009. “I try very hard to conduct myself in an ethical way because that’s important to my stability now,” he said. “We’re a culture that’s so centered on the individual. The culture says that basically nothing is more important than the way you feel.” When he was young, Selleck was caught in a few love triangles. He had affairs with Marie Helvin and Mimi Rogers, who later married Tom Cruise. He also cottoned on to Italian bombshell, Sophia Loren. But Selleck left his Playboy ways behind when he met Jillie. While filming in London after the divorce from his first wife Jacqueline Ray, Selleck was brought to watch the musical Cats, and he became quite smitten with Rumpleteazer, who turned out to be played by 25-year-old Jillie Joan Mack. So Tom introduced himself… 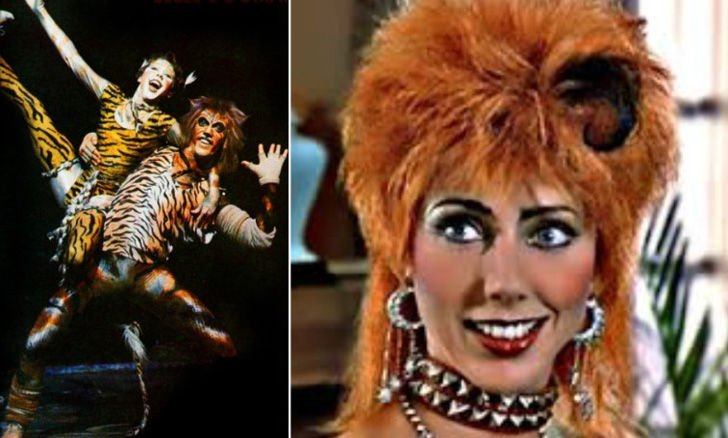 Tom and Jillie graced many red carpets together and the pair seemed so in love. In 1987, they married secretly without using their real names to avoid publicity. The minister didn’t even realize who he was marrying until just minutes before the ceremony started. 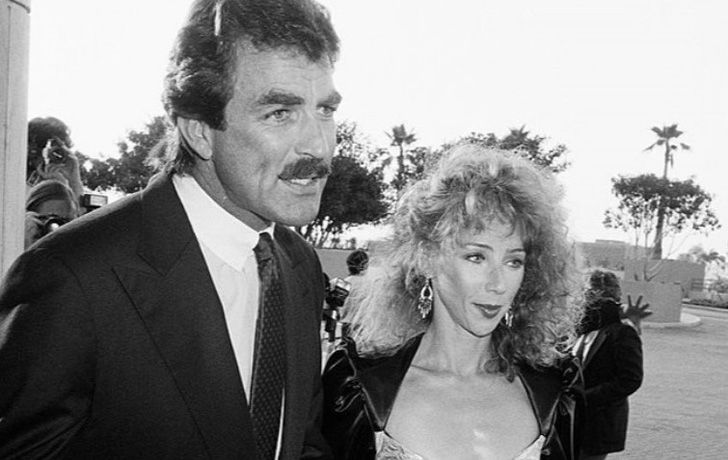 After his daughter was born in 1988, Selleck found it challenging to balance work and home life. There aren’t many actors who would say the same thing. However, for Tom, he knew that his personal life was just as important, if not more so. 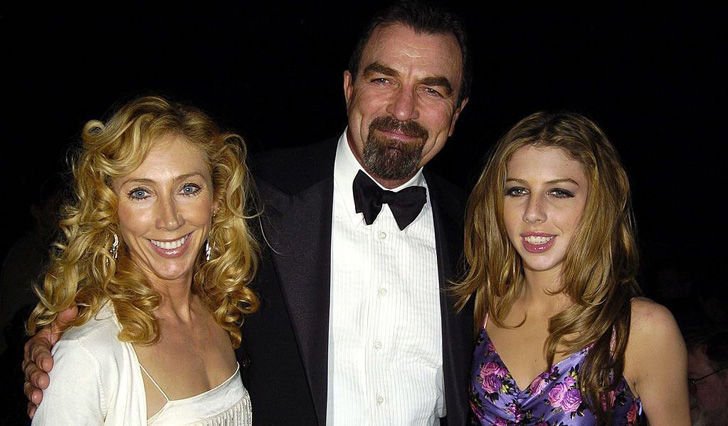 Selleck has been living life under the radar as much as possible, though he could make a huge “comeback” in Hollywood whenever he wanted. However, he is solely focused on his family now because he knows how important it is and has no intention of messing it up. 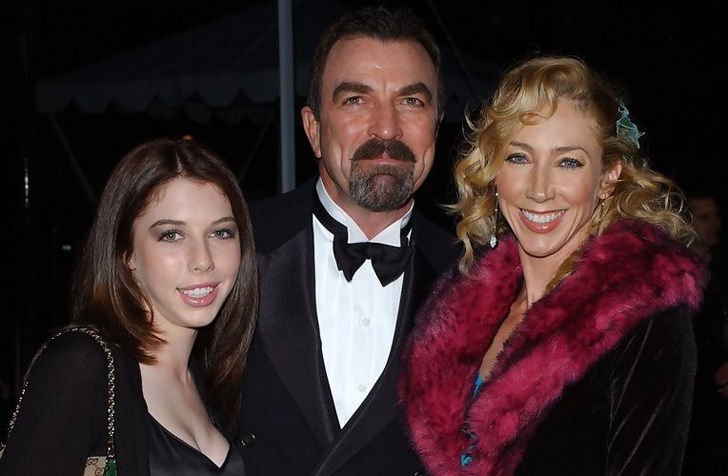 Tom and Jillie have been happily married for over 30 years now. Selleck credits his successful marriage to taking time off work to nurture the relationship. “I think wanting time away from work has been good for that.” That’s good advice for any relationship. 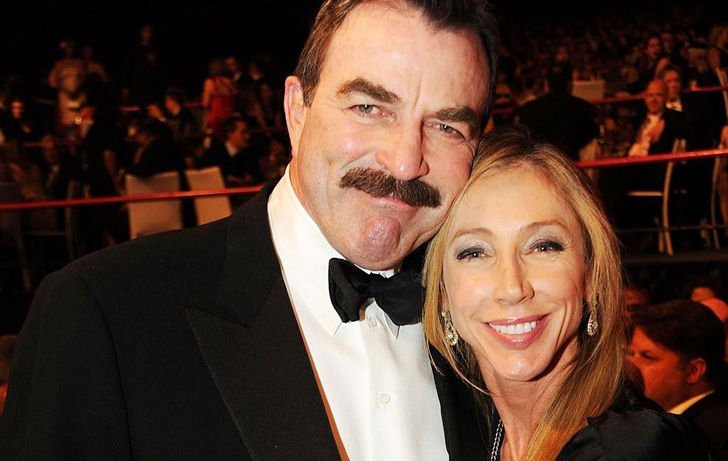 The happy duo are currently living on their 60-acre avocado farm in California with their daughter, Hannah, whom they raised away from the spotlight. Growing up around on a working farm and with her horses has instilled in Hannah a sense of hard work and independence. 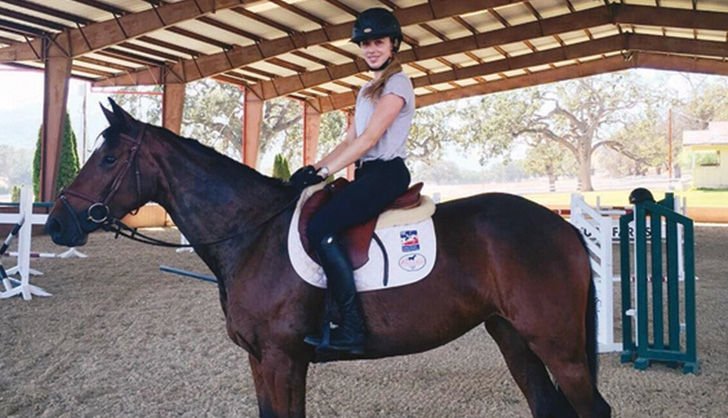 Hannah’s journey with horses has been an exciting one for her. She has even started a breeding program in California, a venture her father gladly invested in. “I’m developing young horses to bring along and sell. It’s a business that so far has been really great.” 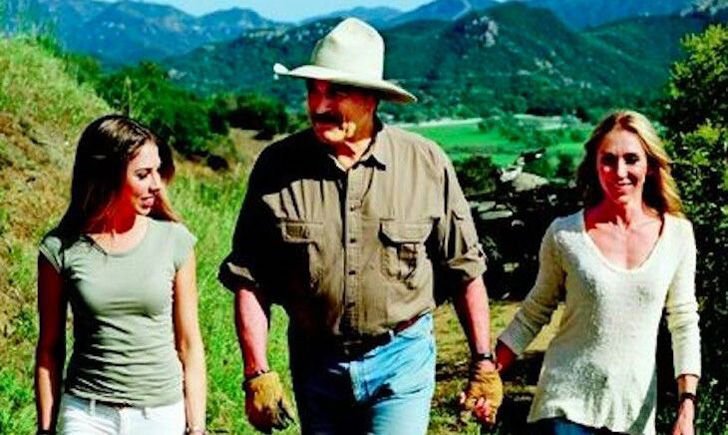 27. Involved In A Lawsuit

Tom was sued for taking water valued about $1.4 million from a nearby district to keep his farm going after a severe drought. He had previously been issued a cease and desist order for getting water from the said district 12 times. Tom eventually paid $21,000 as a settlement for the misconduct. 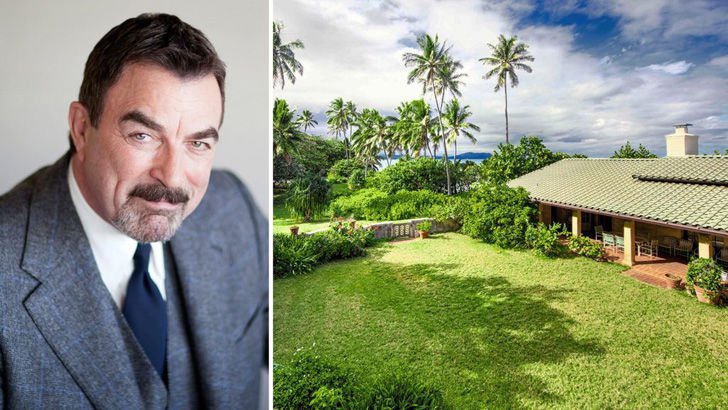 Tom has done his best to keep a close relationship with his adopted stepson, Kevin, from his first marriage. However, Kevin’s financial problems and failed music career really hardened his mood and have unfortunately hurt his relationship with Selleck. 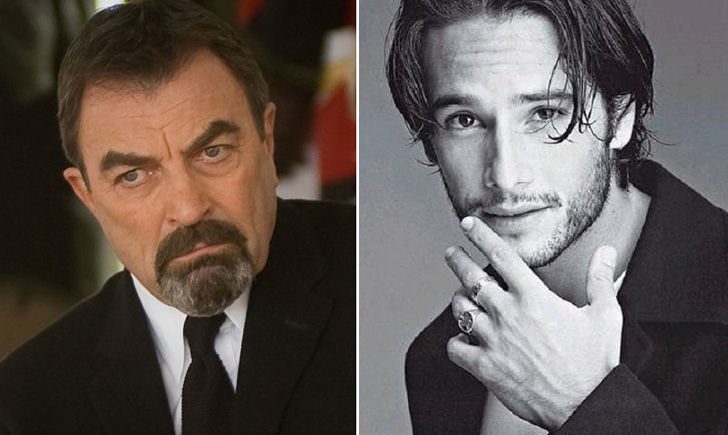