In January 2016, U.S. Navy sailor Chris Daugherty was preparing to leave his family to serve his country. The original deployment period of 5 months lasted a little longer than he’d first expected, but Chris didn’t know at the time that he would come home to the shock of his life. Chris Daugherty and his wife Natasha had three children back then, and they were no strangers to separation and sacrifices. The Petty Officer anchored away with the smiles, tears, and love of his whole family. Chris devoted himself to codes and signals, having no clue what had happened back home. Parting from your loved one is difficult. Not long after Chris left for his deployment, Natasha Daugherty started to change her course. Several weeks later, Natasha found it almost impossible to hide the truth, especially from the one particular person who would be expected home in months. With her husband’s away in the Navy, Natasha had three children to look after alone. Her four-year-old was really a talkative toddler, and Natasha couldn’t help but be concerned that the little girl might blurt out something that would raise her husband’s suspicion every time they spoke with Chris on the phone. Does she reveal the truth that would have a huge impact and change their lives forever? She was in a dilemma. Chris was still far away from home, and knowing the truth could only cause anxiety and distraction. Whilst Natasha was troubled, something much more dangerous was brewing far away. North Korea was testing ballistic missiles with no restraint, which forced Americans and the rest of the world to be on high alert. What would happen to Chris and his unit? To take good care of her three children, Natasha took two jobs back home while Chris did his duty. Natasha was on the edge of breaking her silence and telling her husband what was really going on. Just a week before Chris’ homecoming, unexpected news came to Natasha that made her question everything. 8. Another Month to Go

It was difficult for Chris to tell his beloved wife that he would be deployed for another month because of the security situation. Natasha was about to burst under such pressure. Ultimately, she decided to keep her secret for another month. Although she had made up her mind not to tell her husband the news until his homecoming, Natasha was torn with the fear that anything could happen to him. “He was telling me goodbye. At that point, I was extremely emotional. I wanted to tell him, I wanted to freak out,” said Natasha. “But I kept my calm and waited, just a little longer.” Finally, after six long months, Navy man Chris was at last home with his family. The Daugherty’s children almost couldn’t contain their excitement, Natasha, on the other hand, was nervous about how her husband was going to react to the truth she’d kept from him this whole time. The ship docked, the soldier disembarked, and three children ran into his arms, clad in mini sailor outfits. Could a father be any happier? Where is the woman who made all of this happen? Chris proceeded to try to hug his wife, but she held back. Natasha held a large poster in front of her to welcome their “baby daddy”. When Chris finally reached out to embrace her, she dropped the poster, and Chris was shocked. He was like “is that real? Are you serious?” It read “I am the present my daddy gave my mommy before he deployed” on Natasha’s T-shirt. That’s right! Natasha had been pregnant for several months. The look on her husband’s face proved that her struggle was totally worth it. But what her husband did next surprised everyone. For a few seconds, the sailor was stunned and couldn’t believe his eyes. “I was looking at her, then poked it because I was not sure if she was playing a trick on me,” said Chris. The moment was definitely emotional, but there was something else that made the day even more special! It turned out Chris’ homecoming day was just about to coincide with Father’s Day. Well, with the baby on the way it was the best gift he could receive. One of their friends recorded a video of the touching family reunion. What happened afterwards was beyond everyone’s imagination. The video went viral on Facebook, and more than half a million viewers shared their joy. Still, no one, especially the father, could have believed how Natasha was able to conceal her secret for so long. 17. Hardest Thing She Ever Did

“I found out about a week after he left. I didn’t believe it”, Natasha told ABC News. With her belly growing day by day, Natasha couldn’t hide it from her other family and friends, so she rallied them to hide the truth from Chris. But there were other problems. It was quite a tricky thing to shield the truth from her kids, “I had to tell my four-year-old I was getting fat. Otherwise, she would tell! Because she’s a blabbermouth,” she told the BBC News, laughing. Natasha documented her pregnancy with weekly belly pictures for her husband so he wouldn’t miss it. Apparently, keeping her husband out of this was the hardest thing she had to do. When asked about why she made this decision, Natasha said that she knew telling Chris would make it a lot easier, but if she did choose the easier way, her husband would worry whilst on his Naval Duty and feel like he was missing out. But would Chris be going to have another boy or girl? Now that Chris returned home, Natasha gathered their friends and family for a gender reveal party. It was pink confetti the couple popped out of the balloons! It’s a baby girl due in August! The whole family was overjoyed, but there was one difficult question lingering over Chris’ head. They spent some quality family time together, and the due date was getting closer day by day. It turned out that Chris was about to deploy again, without knowing what was going to happen with his wife. Would the sailor be able to be there for his daughter’s birth? 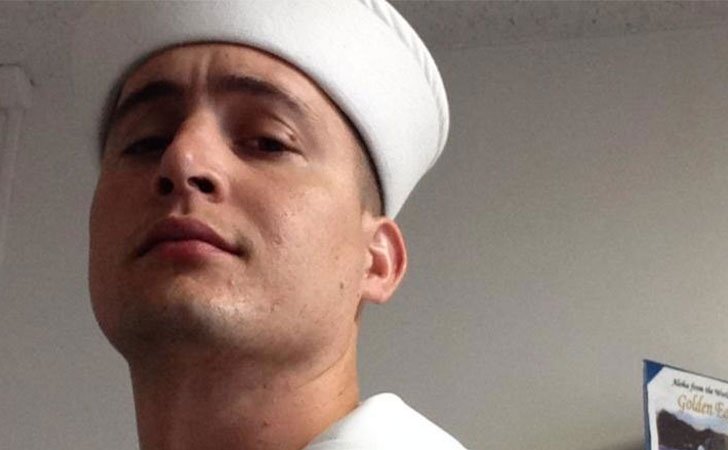 Fortunately, the family learned that Chris’ next deployment was set for early 2018. On September 2, 2017, baby girl Anara Rose was here to meet her daddy, mommy, and three older siblings. Millions of people had been touched by this heartwarming story and shared in the family’s happiness. 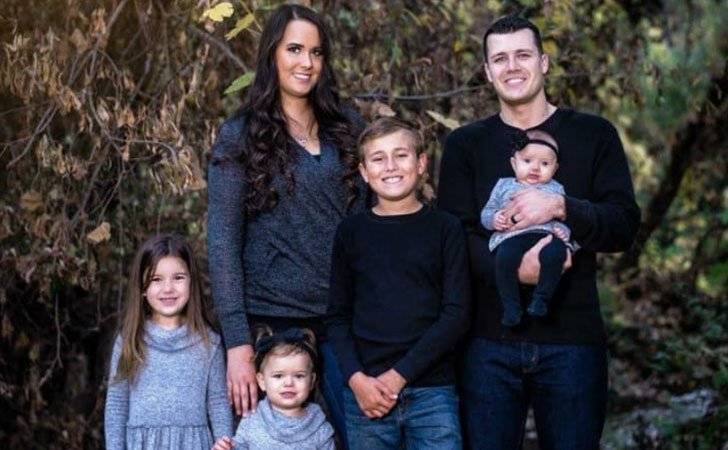