These 8 Amazing Animal Friendships Will Melt Your Heart

1. The Cheetah and the Labrador

It is no hard to see from these photos the amazing friendship between the male cheetah Kasi and the dog Mtani. They were raised up together at Bush Gardens in America. As they grew up, Kasi became more and more interested in the female cheetahs. Even though, they are still friends and usually visit each other in the garden. 2. Mani the Wild Boar and Candy the Dog

It’s very joyful to see these two little buddies leaning to each other and running happily in the grass. All of these should thank the southwest Germany family having adopted the little Manni starving and dehydrated in a field and helped him fully recovered. Once the family’s Jack firstly see Manni, they soon became intimate friends. 3. Anjana the Chimpanzee and Tiger Cubs

These two cute white tiger cubs were left orphaned by the tragic hurricane. Fortunately, they were adopted by the chimpanzee named Anjana and their caretaker, China York from an animal reserve in the US. Anjana has helped China York raised many orphaned animals during the time, so we are pretty sure they will live happily here. 4. Milo the Dog and Bonedigger the Lion

The small dachshund Milo has accompanied the lion Bonedigger since Bonedigger was born with a bone disease which made him disabled. Now five years later Milo and the lion are still best friends, and Milo also invites his sisters and brothers along to play with Bonedigger. 5. Suryia the Orangutans and Roscoe the Dog

Suryia and Roscoe live together at an animal endangered species reserve in the US. When Suryia came to the reserve, Roscoe followed her everywhere, and the two has been best friends ever since. 6. Bubbles the Elephant and Bella the Labrador

Bubbles was brought to the reserve after he was rescued from poachers in Africa. Bella also made a new home here after she was left by one of the contractors in the park. They have become inseparable friends. 7. Bea the Giraffe and Wilma the Ostrich

Bea and Wilma met at Busch Gardens in the USA. These two adorable animals both live in a huge reserve and become best friends. 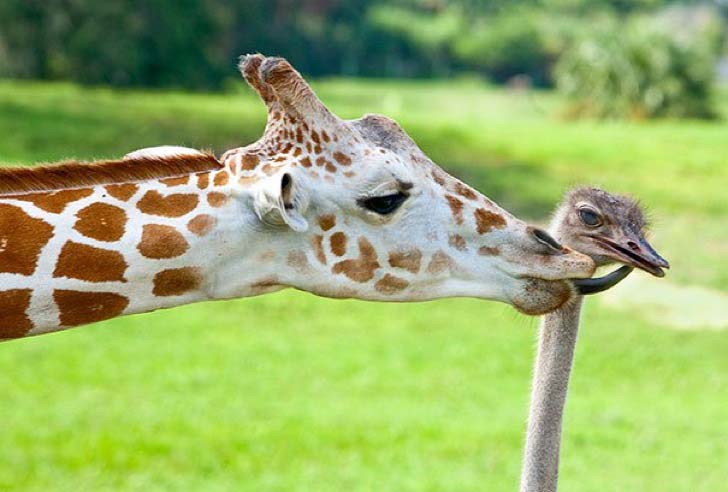 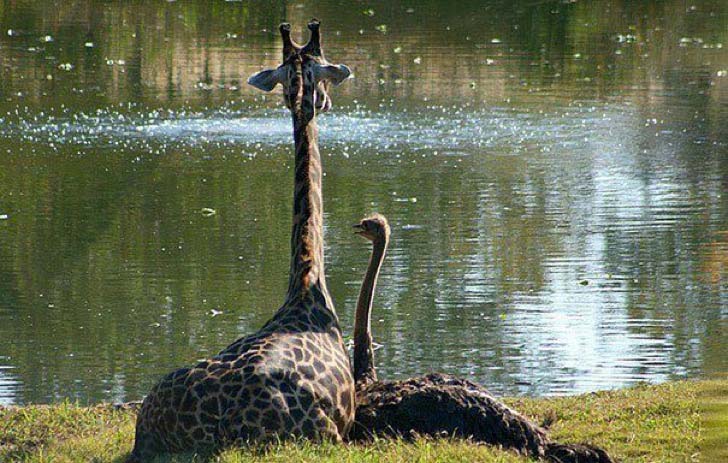 The two buddies were spotted playing on the shore of Lake Van in Turkey. Little is known about these two friends other than they’re very cute. 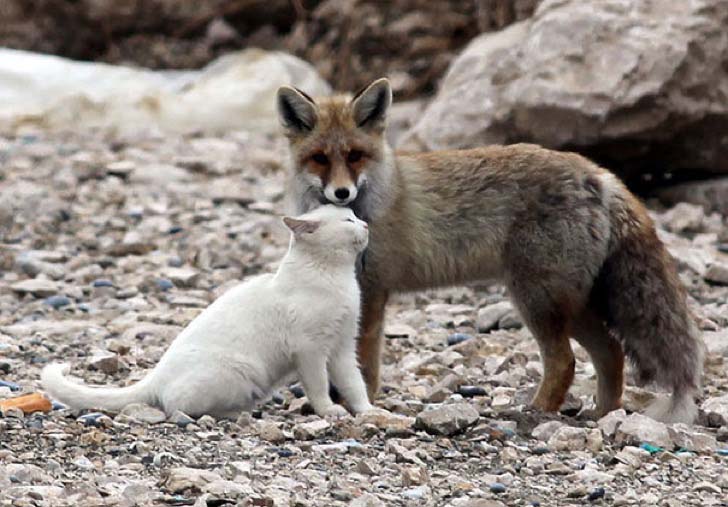 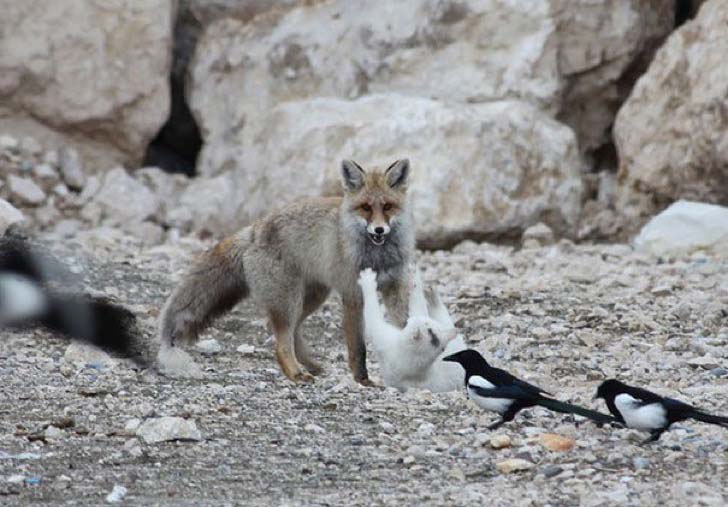 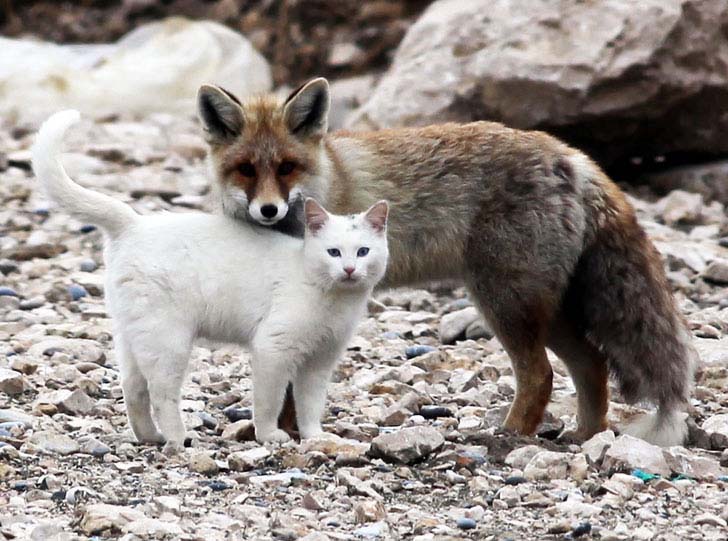