A recent enquiry disclosed that a BBC staffer deceitfully secured the interview with Princess Diana where she said, “There were three of us in this marriage.” Prince William and Prince Harry blamed it for the loss of their mother. Was that true? Let’s go back to the last hours before her fatal accident, and her last words may drop you a hint. 1. An Accident Before Dawn French firefighter Xavier Gourmelon has never forgotten August 31st, 1997, when he was among the first responders to a car accident at around 12:23 a.m. on Saturday. They raced to the Pont de l’Alma tunnel but had no clue who was in the wrecked Mercedes. Gourmelon found that the driver had passed away, which was unsuprising considering that the vehicle’s front had been ruined entirely. Investigating the black car, he surprisingly found that a blonde lady was still breathing! The woman was conscious and could speak and move, so he was more than shocked to hear that the blonde beauty was Princess Diana and that God finally took her at 4:00 a.m. The firefighter realized what she’d said to him were her last words but kept them to himself until two decades later. Diana was not alone at the back of the Mercedes-Benz W140. She was dating Dodi Fayed, the Egyptian producer and son of billionaire Mohamed Al-Fayed that night. The pair had been in love for weeks and didn’t expect that death would part them so soon. Diana and Dodi had just concluded their cruise to Sardinia. They returned to Paris and resided in the Hôtel Ritz, a property of Dodi’s father. The two were intending to eat out at the fancy Benoit restaurant. However, the message was leaked to the paparazzi, and nearly 30 of them followed their car.

6. Back To Their Suite They had to dine at the hotel’s L’Espadon restaurant instead. While they enjoyed their meal, Dodi became aware that some diners around them were paparazzi. They had no choice but to retreat to Dodi’s lavish condo on the Rue Arsène Houssaye. But how would they get rid of the photographers once they left the hotel? Diana and Dodi arranged two decoy cars to go through the main gate to divert the paparazzi from spying on the building. Then Henri Paul, the deputy head of security at the hotel, would drive the couple and the Princess’s bodyguard through the back exit to Dodi’s apartment. Would their plan work out?

8. The Fast And The Furious While the Princess’s hired black Mercedes Benz was whizzing down the road, the journalists sniffing around somehow saw through the trick and chased their car. The paparazzi would do anything to pull over the Princess’s car. (The man sat beside the driver was Trevor Rees-Jones, Diana’s bodyguard) The bold paparazzi even attempted to stop the Mercedes by blocking it, which was in vain. The vehicle successfully went past the stalkers at 65 mph. Only three minutes after leaving the hotel, they went into the tunnel under Pont d’Alma. That was when Paul, the driver, lost control of the car. The Mercedes hit the wall of the tunnel and then swerved left but crashed into a supporting pillar. Paul died on the spot, and he was found to have been under the influence of both alcohol and prescription drugs. The paparazzi soon arrived there, only to photograph the accident scene, putting the other three lives in danger. Finally, someone called the firefighters, and they soon arrived. In Gourmelon’s interview with The Sun, we can gain an insight into the horrible accident. Dodi succumbed to a heart attack, and Rees-Jones also suffered significant injuries, but the bodyguard cared more about the Princess than himself, repeatedly asking, “Where is she?” When Gourmelon helped Diana out of the wreck, she grasped his hand and said, “My God, what’s happened?” Gourmelon only saw a minor wound on her shoulder, so he thought she would be fine. However, the accident had ruptured her blood vessel close to her heart. The hidden damage took her life hours after she arrived at Pitié-Salpétrière hospital, leaving her wishes unrealized. The accident happened just weeks after Princess Diana had started a relationship with Dodi Fayed. The Daily Mirror revealed that Dodi had selected a six-figure diamond ring for Diana when she stayed in their suite in Paris. Dodi’s dad considered it as a sign of their future engagement. Diana also told her best friend Rosa Monckton that she would wear the ring. How had he won the heart of the gorgeous Princess? Though Dodi was engaged to American model Kelly Fisher, he kept bringing Diana various gifts like tropical fruits, a Cartier watch, and flowers that filled her whole room to show his affection. However, their romance had started during a family trip. Dodi’s father, Mohammed Al-Fayed, made acquaintance with Diana and Prince Charles at a polo tournament in 1986. The Egyptian billionaire invited Diana and her sons William and Harry to vacation in St. Tropez in the south of France. Dodi admitted that he had admired the Princess before the trip. Even in France, the paparazzi were still lurking around. Soon, pictures of her kissing Dodi on the Al-Fayed family’s yacht made headlines. Their apparent chemistry led to her breakup with Hasnat Khan, who had been her boyfriend for two years. Diana once called British-Pakistani heart surgeon Hasnat Khan “Mr Wonderful.” She was smitten by the man when she visited London’s Royal Brompton Hospital. They fell in love just like two normal people, and Khan had never been interested in dating a global celeb like her. His aversion to publicity may have been a bad omen for their relationship.

18. A Chasm Between Them The couple was so close to marriage. The primary concern was where to hold the wedding. The Princess wanted a private wedding in the UK. However, Hasnat suggested that they move to Pakistan to avoid the paparazzi’s stalking. What would Diana say? The Princess thought about the possibility seriously. However, she felt it hard to leave her causes in the UK behind. Finally, it was their different ideas on where to live that parted them. However, these amicable breakups forementioned can hardly be compared to her bombshell divorce, which hurt her the most. 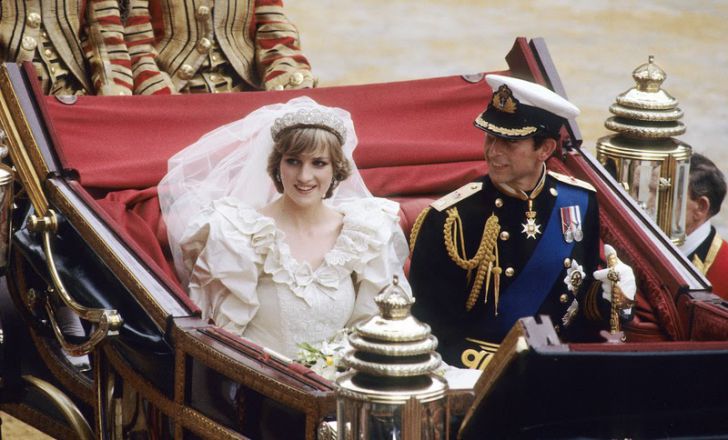 There were so many awkward details in the tumultuous relationship between Prince Charles and Lady Di. They had an age gap of 13 years. When they met, Diana had never had a boyfriend, but Charles had had over 20 relationships. Though so different, they rushed into a marriage after they had seen each other just 13 times. It turned out that both of them had a wandering eye during the marriage. Despite her worsening relationship with Prince Charles, Diana boasted enduring popularity in the UK, and her legacy continues even after her sudden death.