1. Got His Love for Media from His Father?

Carlson, born in San Francisco, California, is the elder son of Richard Warner Carlson – former news anchor, U.S. ambassador to the Seychelles, president of the Corporation for Public Broadcasting, and director of Voice of America. Quite a résumé! His mother was Lisa McNear Lombardi, who left the family to pursue a Bohemian lifestyle. His stepmother on the other hand was Patricia Caroline Swanson, an heiress to the Swanson frozen-food fortune. Wow, those are some roots, huh? Young Carlson attended high school at St. George’s School, a boarding school in Middletown, Rhode Island, and later studied at Trinity College in Hartford, Connecticut. When he graduated in 1992, he got a B.A. in history. Carlson and his wife Susan have known each other since they were 15 years old. The couple tied the knot in 1991 and have so far become parents to four children. “We’ve been together 30 years, so it’s a little hard to imagine what it’s like not to be [together],” Carlson said. Carlson started his career as a fact-checker for Policy Review, a national conservation journal that was later acquired by the Hoover Institution. He also worked as a reporter for newspapers.

With his articles published in Esquire, The Weekly Standard, The New Republic, The New York Times Magazines, and The Daily Beast, and having been a columnist for New York and Reader’s Digest, Carlson can be rightfully acknowledged as a prolific writer. It was quite an accomplishment that Carlson joined CNN as the youngest anchor ever! He was appointed to co-host Crossfire in 2001, representing the political right. Back in October 2004 just before the presidential election, Carlson got into a heated exchange with Jon Stewart, the host of the Daily Show on Comedy Central. Stewart even confronted Carlson after the show. Definitely a memorable appearance. In 2005, CNN canceled Crossfire and ended its cooperation with Carlson. However, Carlson revealed that he had already resigned from CNN several months before his argument with Stewart, and that “CNN was a frustrating place to work”. After his resigning from CNN, Carlson had his new early evening show Tucker premiered on MSNBC. It didn’t last longer than three seasons because of poor ratings. Later, Carlson expressed his feelings toward MSNBC, “they didn’t have a role for me.” In May 2009, Fox News hired Tucker Carlson as a contributor. Then he appeared on several shows as a frequent guest panelist. He got his chance to produce a Fox News special named “Fighting for Our Children’s Minds”. On November 14, 2016, Carlson started hosting Tucker Carlson Tonight that debuted as “the network’s most watched telecast of the year in the time slot” and the “Most-Watched Fox News Broadcast of 2016”. Quite a big career break for Carlson, right? The ratings for Tucker Carlson Tonight kept soaring, and the show took over the Fox News’ 8PM time slot after The O’Reilly Factor was canceled because of sexual harassment allegations. In just about 2 months, the show had accumulated nearly 2.8 million viewers. In spite of the big success of his show, Tucker Carlson has an estimated net worth of $8 million, a lot less than other Fox News hosts. Carlson launched a political news website The Daily Caller in 2010, being the editor in chief. At the same time, he also wrote some opinion pieces. The company was so successful that Carlson didn’t need to buy an ad for it to generate profits. Nice! It’s rarely known fact that Tucker Carlson used to wear bow ties all the time until he was so badly mocked that he turned to the necktie. Wow, haters are gonna hate, anyway. There are some other facts you may not know about Carlson. Besides his business in journalism, Carlson takes some pleasure in dancing. He competed in 2006 on Dancing with the Stars, and his team was the first to be eliminated from the show. His partner said teaching Tucker to dance was “like Einstein teaching addition to a slow child”. Oops. Apparently, Carlson isn’t against gay marriage at all, as harsh as he seems to be. In fact, he is “for marriage generally” and “for people making a lifelong commitment.” Tucker prohibits her son from watching Oprah because he thinks the show is “anti-male” and watching it makes you “feel bad” about being a man. That’s right. Keep your girls away from rap and keep your boys away from Oprah, this is what Carlson believes in.

So, what do you think causes the universal problem of Global Warming? Someone believe that it is our fault and that it’s us who should make efforts to solve it. But Carlson thinks the cause is “unknowable”. 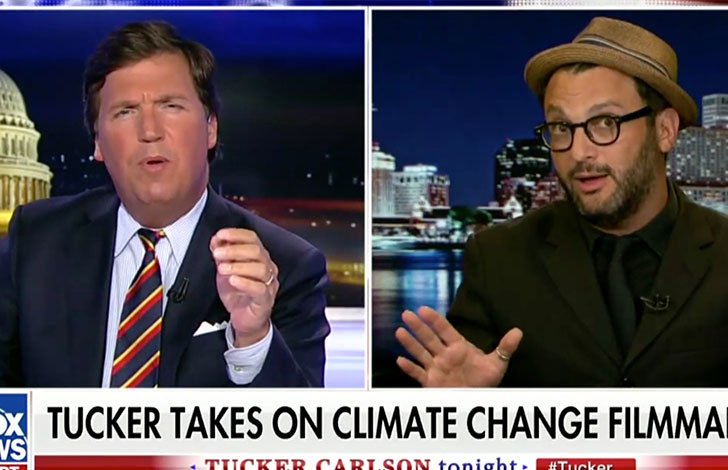 Tucker Carlson has got some radical opinions on the former president George W. Bush, saying that the latter is “not a true conservative” in August 2004. Well, what do you think about that, huh? 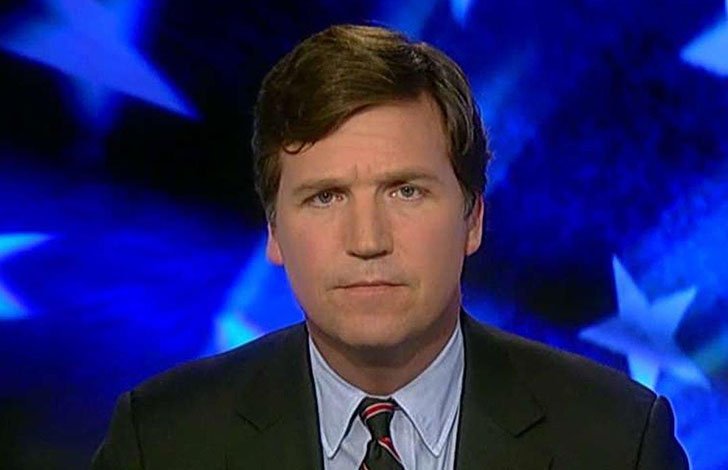 Carlson didn’t vote in 2004 presidential election. Well, that seems about right, given the fact that Carlson has pretty strong opinions about current presidents, future presidents, and past presidents as well. 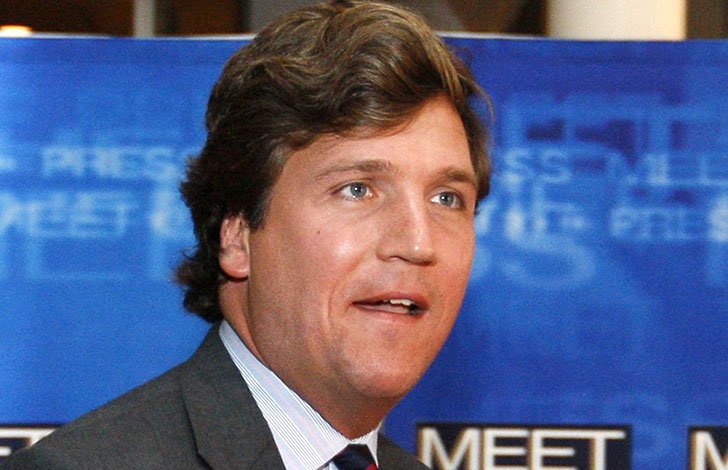 Many people don’t like Tucker Carlson for his behavior on the show, because he always appears very aggressive and self-centered. “Mr. Carlson does not seek to interview his subjects but to defeat them… He shifts topics to imply hypocrisies…”, The New York Times James Poniewozik once wrote. 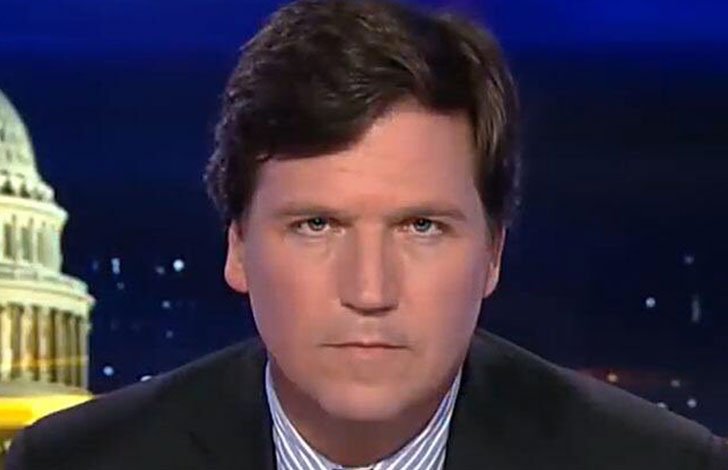 25. Immigration Is No Good

What’s your opinion when it comes to immigration? The issue has become a hot topic in the U.S. now. Unsurprisingly, Mr. Carlson has been accused of demonizing both legal and undocumented immigrants. And he, again unsurprisingly, insists he is right. 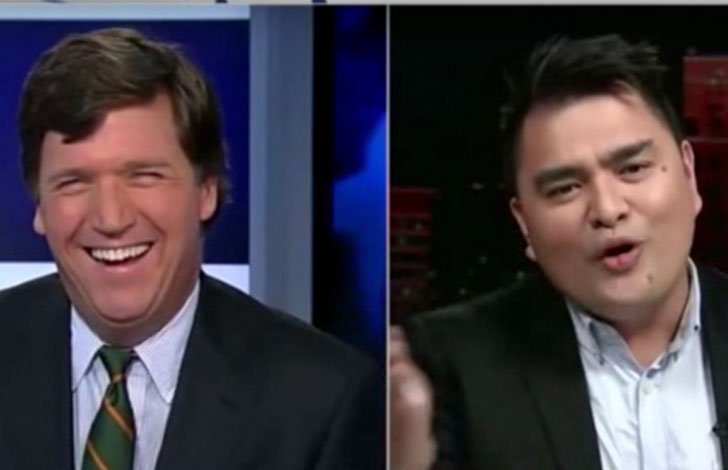 Back then in school, Carlson met his wife Susan, whose father happened to be the headmaster there! Six months before he graduated, Carlson asked for permission to marry Susan. “All very 19th century, but a good thing to do,” Carlson once revealed to the media. 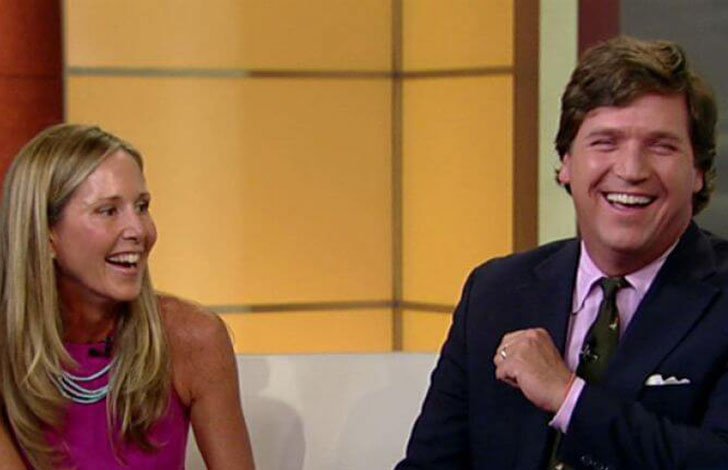 Carlson doesn’t believe that Russia is a real threat to the United States of America and advocated cooperating with Russia in the Syrian Civil War. He once defended Donald Trump Jr. saying that he had only been “gossiping with foreigners.” 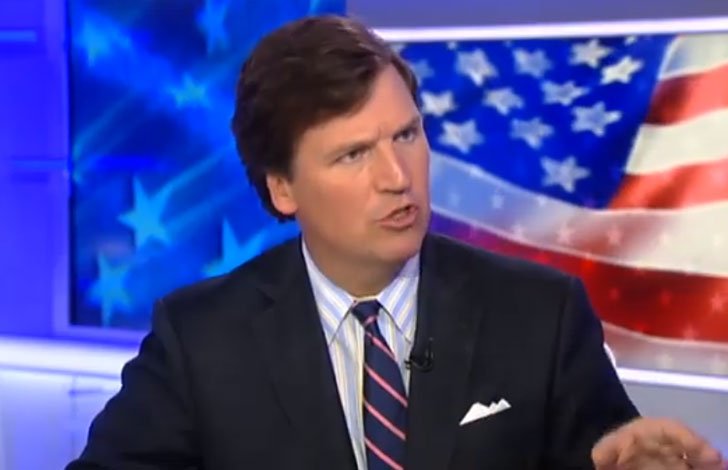